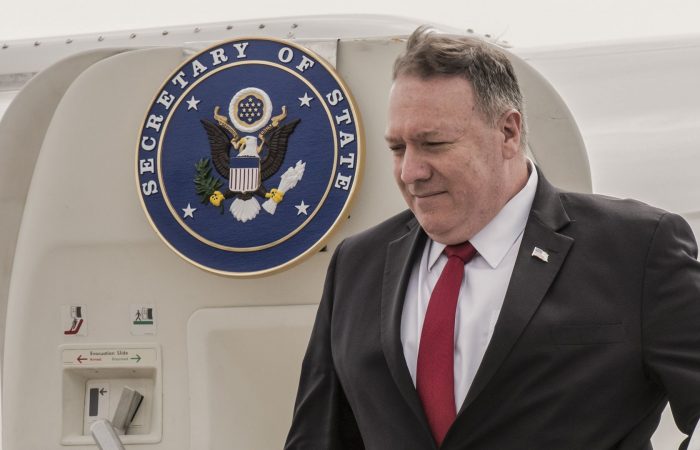 The peace deal signed between the Taliban and the US should be realized. Mike Pompeo’s Monday trip comes at a time when world leaders and statesmen are curtailing official travel due to the COVID-19 outbreak.

The political crisis in Afghanistan is worsening the situation, indeed. Since the signing of the deal, the peace process has stalled amid political turmoil in the Middle Eastern country. There is no hope for moving forward in the peace process, while two Afghan political leaders Ghani and Abdallah aren’t able to find the compromise.

Pompeo’s visit is also extraordinary for the fact that the U.S., like the United Nations, had earlier said it wouldn’t again be drawn into mediating between feuding Afghan politicians. While the Afghan election committee this time gave the win to Ghani, Abdullah and the election complaints commission charged widespread irregularities in challenging Ghani’s win.

The United States pays billions every year toward the Afghan budget, including the country’s defense forces. Afghanistan barely raises a quarter of the revenue it needs to run the country, giving Pompeo considerable financial leverage to force the two squabbling leaders to overcome the impasse.

The urgency of Pompeo’s surprise visit was highlighted by the fact that the State Department has warned American citizens against all international travel, citing the spread of the new coronavirus.

The intra-Afghan negotiations were never going to be easy but since Washington signed the peace deal with the Taliban, it has struggled to get the Afghan government to at least offer a unified position.

However, the Ghani-Abdullah partnership proved difficult and for much of its five years triggered a parliamentary paralysis, leading up to the September balloting.