Mike Pompeo believes US, North Korea will be ‘more creative’ in nuclear talks 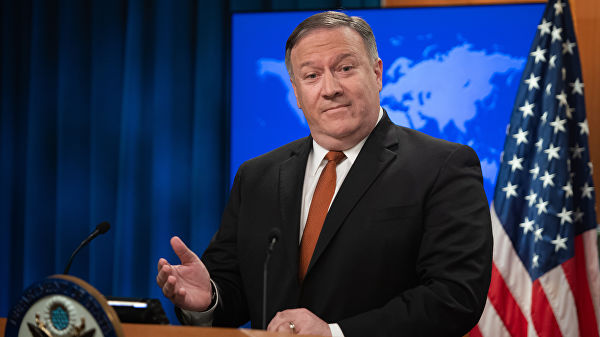 Mike Pompeo shared his vision of the upcoming round of the nuclear talks with North Korea. U.S. Secretary of State believes both sides will be more creative while talking on denuclearization, Pompeo said in Monday’s radio interview on “The Sean Hannity Show”.

For both the United States and North Korea, the nuclear talks are an extremely important milestone. On Monday, Mike Pompeo hoped the countries could “be a little more creative” this time. Restarting of talks requires more flexibility and a deep understanding of the issue’s importance.

The State Department is preparing to the talks with Pyongyang, and Washington hopes to see a complete freeze in the North Korean nuclear program as the start of a process of denuclearization.

During Monday’s radio interview, Mr Pompeo did not say when the negotiations would resume. At the end of June, he had hinted it would likely happen “in July … probably in the next two or three weeks.”

Trump, Kim meetings as the important preparations for nuclear talks

During the June meeting, Donald Trump became the first sitting U.S. president to cross into North Korea. That move symbolized restarting working-level talks between North Korea and the US.

Prior to historical June meeting in the demilitarized zone, Trump and Kim have met three times and held two summits over the nuclear issue. The talks in Hanoi in February collapsed without an agreement, as the United States insisted North Korea completely denuclearize and Pyongyang pushed for relief from sanctions.

Speaking on the perspectives of the next round, Mike Pompeo said he hopes the North Koreans will come to the table with ideas that they didn’t have the first time. “We hope we can be a little more creative too,” the US official added.

According to the Department of State, Donald Trump’s mission hasn’t changed: to fully and finally denuclearize North Korea in a way that we can verify. “That’s the mission set for these negotiations,” Mike Pompeo added.

Pompeo’s latest remarks come after Chinese President Xi Jinping urged Trump to show flexibility in dealing with Pyongyang and to ease sanctions on the country “in due course.”