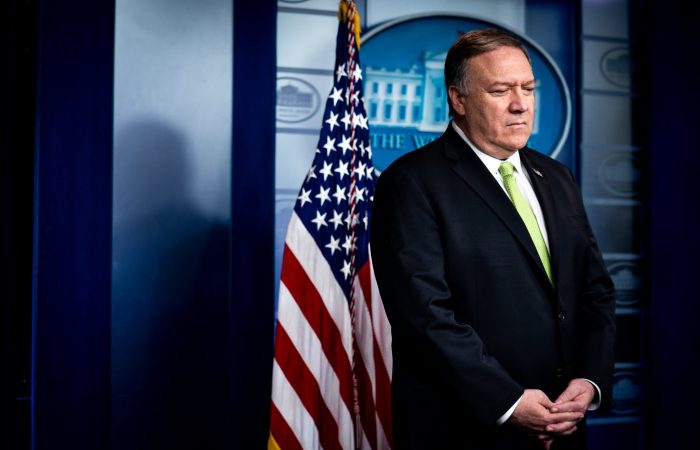 The US State Secretary’s schedule includes a working visit to Minsk. On Feb 1st, Mike Pompeo will meet with Belarusian President Aleksandr Lukashenka on February, 1.

The upcoming visit of the US State Secretary to the Belarussian capital could be a signal of normalizing the relations between the two countries. The scheduled meeting might be regarded as the highest-level US official’s visit in almost two decades.

According to the US Embassy’s statement, the goal of the visit is ‘to underscore the US commitment to a sovereign, independent, stable, and prosperous Belarus’ aiming to normalize relations of the countries.

Taking into account the latest developments, Pompeo’s trip as an attempt to secure Trump’s position before the Senate trial initiated after the telephone conversation of Donald Trump and Volodymyr Zelensky in the summer of 2019.

On January 30, Pompeo will head to Kyiv, where he is to meet with the Ukrainian leader. On February 1, the US State Secretary will spend a few hours in Minsk and then fly to Kazakhstan.

For the US and Belarus, the normalizing of relations could be mutually beneficial in several dimensions. In 2008, the countries recalled their ambassadors as a result of the growth of tension. Only in 2018, the relationship started to normalize while the number of diplomatic visits being increased.

Belarus, Russia further integration as a concern for the United States

In December 2019, Vladimir Putin and Aleksandr Lukashenka were about to sign the road maps. However, as they failed to agree on several issues, the documents were not approved.

As the experts suggest, Moscow continues to press Minsk saying that closer economic cooperation is possible only in exchange for deeper integration.

“We have our interests, our state with its people, and we must protect them at any cost,” Lukashenka said.

Under current circumstances, Pompeo’s visit to Belarus will be taking place in the context of the threat to Belarus’ independence and sovereignty since Russia has been pushing for the two countries’ further integration.