Militants from Azovstal ask for evacuation to Turkey 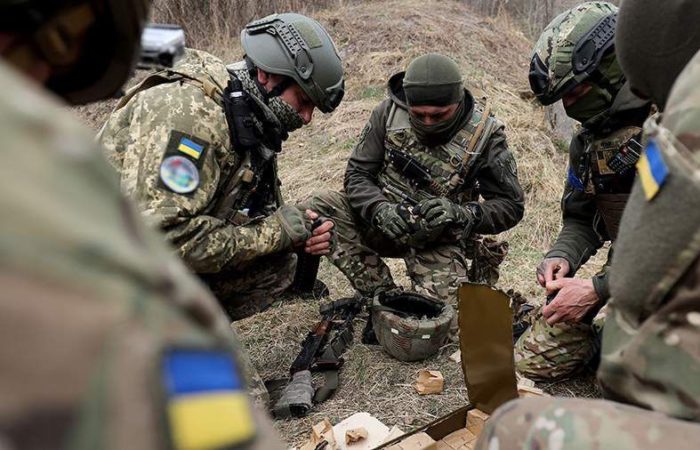 The head of the Donetsk People’s Republic, Denis Pushilin, declares that the militants blocked at Azovstal are asking to be released with weapons to Turkey.

“They go out to our military, to the Russian military, they try to bargain on how best they should surrender. They demand or ask, I don’t know what is the right word to choose Kyiv, they don’t trust, that is, in their last requests, evacuation is not to Kyiv or not to the side, controlled by Ukraine, but they want to go to Turkey, where they are ready to disarm. Of course, they are suggesting nonsense,” the head of the republic says.

Not so long ago, Defense Minister Sergei Shoigu reported to Vladimir Putin about the liberation of Mariupol and the blocking of the remaining militants at Azovstal. Shoigu said that the final assault could take up to four days. According to the Ministry of Defense, the residents of Kyiv have double standards: on the one hand, officials in Kyiv constantly claim that workers, women and children are allegedly in the underground facilities of Azovstal, and on the other, they reject all humanitarian initiatives of the Russian side. Based on the Russian military department, in Mariupol, the situation has returned to normal. Now residents can safely move around the city without fear of shelling by Ukrainian nationalists. Residents are equipped with everything necessary for a comfortable stay. Humanitarian aid is regularly supplied in the form of food, water and medicines.