Minister Lavrov: It could be in Britain’s interest to poison Skripal 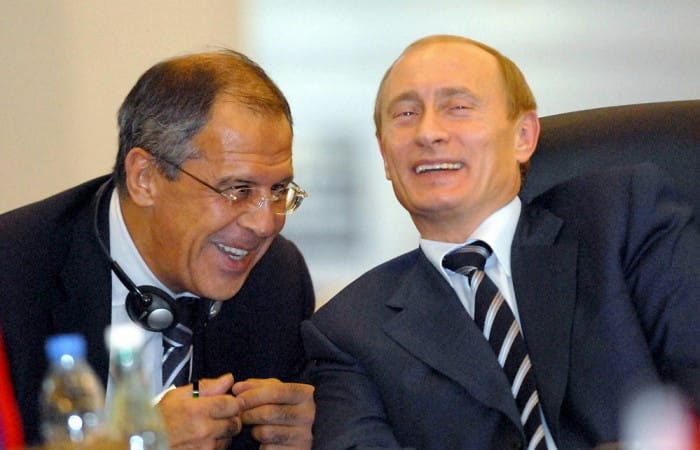 Sergei Lavrov said that the UK and its Western partners could be interested in the poisoning of Skripal, not Russia. Thanks to Britain, the name of its ex-spy became known to the whole world. In contrary, the Russian spies, even the former ones, cannot allow themselves such a non-professional behaviour.

Sergei Lavrov has answered the question by the BBC’s Steve Rosenberg regarding Mr Skripal’s case. The British journalist asked how dangerous growing tensions were between Russia and the West in comparison with the Cold War.

The Russian foreign minister explained that in the classic Cold War, there were rules and accepted behaviour.

«I think our Western partners, I think firstly Great Britain and the USA and a few other countries that blindly follow them, have disregarded all the accepted behaviour,»

According to Putin’s foreign minister, Western countries and the UK blindly follow in their footsteps have brushed aside all rules of politeness and use flagrant lies and crude disinformation.

«We respond to this rather calmly and in cold blood. We insist that any charges, any claims must be confirmed by facts,»

Russian-British relations are getting worse

Kremlin today warned Russians to think twice about travelling to Britain, where they face ‘discrimination’ and ‘provocations’, as Moscow directly blamed MI5 or MI6 for poisoning the Skripals.

During the press conference on Monday, Sergei Lavrov said:

‘[The poisoning] could be in the interests of the British government which found itself in an uncomfortable situation having failed to fulfill promises to its electorate about the conditions for Brexit.’

The minister added that Russia could not have a possible motive. Mr Skripal has been set free and pardoned within the frames of the swap for Russian nationals several years ago. Consequently, Russian Federation just let him go and had no interest in him anymore.