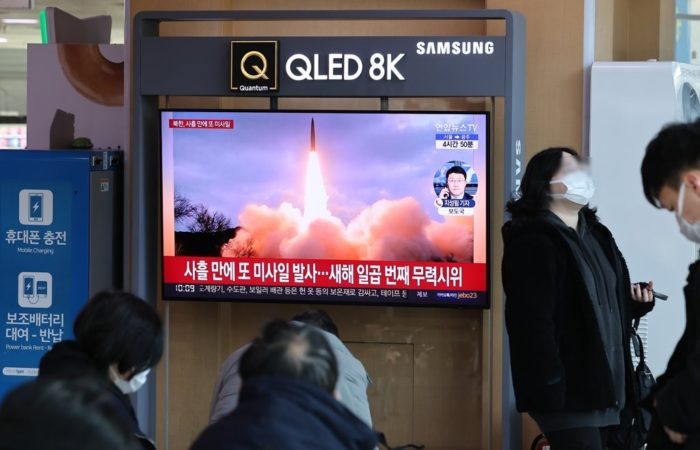 The most recent missile launched set the record among the intermediate-range ballistic missiles. The maximum speed of the rocket launched by North Korea on Sunday was 16 Mach numbers, according to the military source in Seoul.

The Hwasong-12 medium-range missile was first shown to the international community at a military parade in April 2017, was launched. Its first launch was on May 14 of the same year.

Noh Kyu-duk, special official for Korean Peninsula peace and security affairs, and his US counterpart, Sung Kim, denounced the Pyongyang’s latest missile launch as a challenge to the global community’s efforts to diplomatically resolve the Korean problem, as well as to the resolutions issued by the United Nations Security Council.

“[The two sides] agreed to maintain the security posture based on the firm South Korea-U.S. alliance and continue efforts for an early resumption of dialogue with North Korea”, the defence ministry said in a statement.

In a separate phone conversation with his Japanese counterpart, Takehiro Funakoshi, the two military experts laso agreed to continue “close communications and cooperation” to keep the situation on the Korean peninsula stable and safe.

According to South Korea’s top nuclear envoy, the current launch was the seventh since the beginning of the year. As Yonhap news agency has learned, earlier this month, the DPRK tested tactical guided missiles and a rail missile system, as well as hypersonic missiles capable of manoeuvring after takeoff.