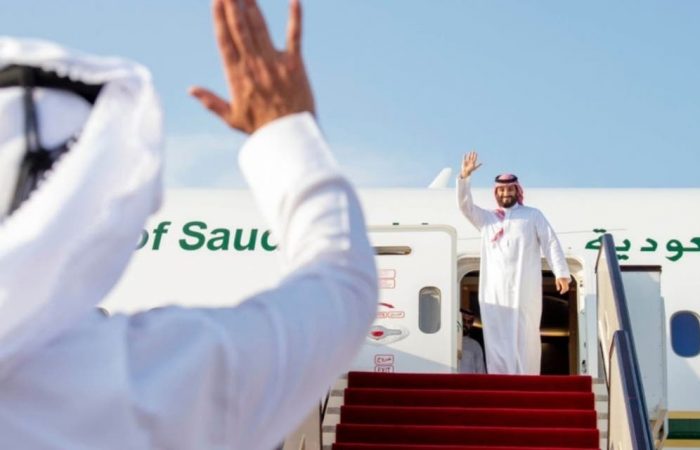 Saudi Arabia’s Crown Prince Mohammed bin Salman (MbS) is ending his Gulf trip by visiting Kuwait. During the week, the Saudi royal paid the visits to Oman, United Arab Emirates, Qatar and Bahrain ahead of a Gulf summit later this month in Riyadh, KUNA reports.

Commenting on the MbS’ move, Kuwait’s Foreign Minister and Minister of State for Cabinet Affairs Sheikh Ahmed Nasser al-Mohammed al-Sabah said that the visit confirms the firm fraternal relations between Kuwait and Riyadh.

During talks, the two sides agreed to strengthen economic, investment and defence ties. They also commended the establishment of the Saudi-Kuwaiti Coordination Council, established to better achieve progress in the areas of cooperation and advance strategic partnership between their nations.

Prince Mohammad bin Salman’s visit is the third since he took over as crown prince. His first visit to Kuwait was in May 2015 when he was Deputy Crown Prince, and his second was in September 2018 after becoming the Crown Prince on June 21, 2017. Meantime, Kuwait’s Crown Prince visited the Saudi Arabia twice this year, in June and in October.

Over three decades, both Saudi Arabia and Kuwait are cooperating under the agreement signed in 1981. The two nations signed several additional agreements that covered various fields, from defence to culture.

They also inked Memoranda of Understanding for cooperation in fields of Islamic affairs and provide facilities for pilgrims, which are always preceded by coordination and consultative meetings, positively reflecting on the two brotherly people.

In its efforts to strengthen the cooperation, the two sides have signed the minute of the Saudi-Kuwaiti Coordination Council on July 18th, 2018, ArabNews reported.