Monica Bellucci arrived in Cannes ahead of the glamorous Cannes Film Festival. The 52-year-old French-Italian star was rightfully lauded by legions of fans for her age-defying good looks.

Cannes welcomes the Mistress of Ceremonies of the upcoming Films Festival. On Monday, the elegant and always smiling actress didn’t miss the opportunity to parade her remarkable figure as she strolled through Nice Airport in the South of France. 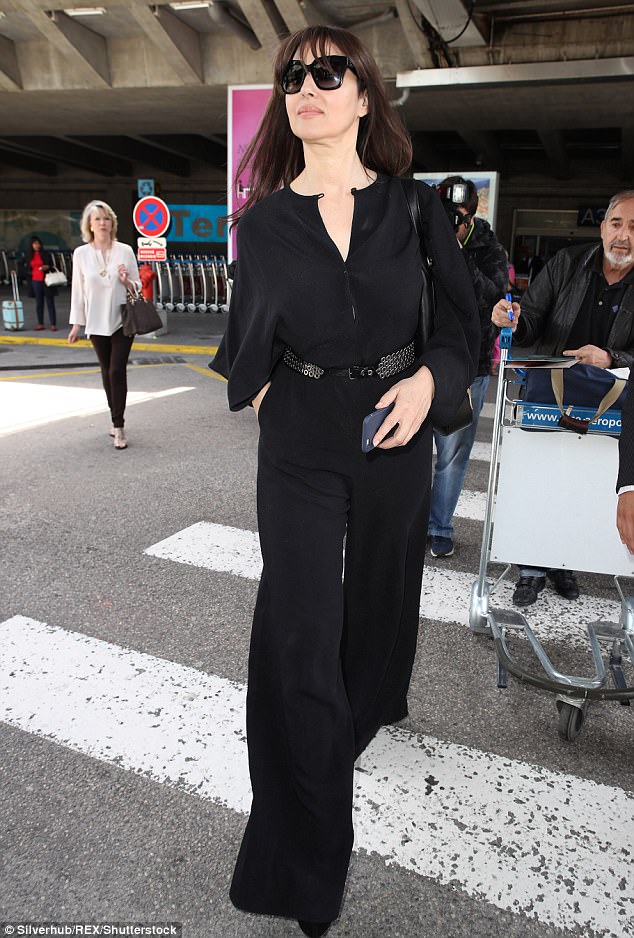 The beauty slung a £2,800 Gucci handbag emblazoned with a tiger over one shoulder and covered any signs of fatigue from her flight with a pair of bulky shades. Ms Bellucci completed her show-stopping airport look with natural makeup and a silver ring-detailed belt to emphasise her slim waist to perfection.

Monica Bellucci and the secret of her youth

The x-wife of the Vincent Cassel has been vocal about how little effort she puts into staying in shape in the past, she confessed:

‘I’m not someone who wakes up at 6 AM to go to the gym. The truth is that I like cakes and pasta, the odd glass of wine and a very occasional cigarette.’

Probably, such an approach of the enjoying the life helps brunette to be at the peak of form even at the age of 52. In 2015, the Italian actress surprisingly appeared in the Bond film Spectre as an assassin’s widow and her Lucia Sciarra’s brief encounter with Bond results in a steamy sexual encounter.