More than 30 people were injured during the protests in Peru. 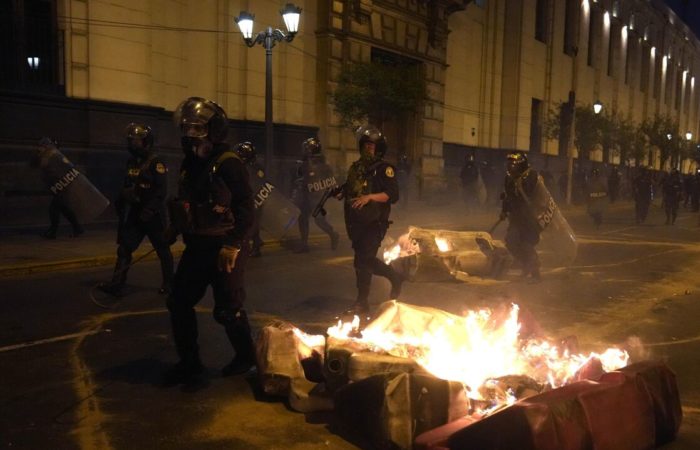 More than 30 people were injured in clashes between protesters and law enforcement in the Apurimac region of southern Peru, authorities in the region say.

Earlier it was reported that supporters of the detained ex-president of Peru, Pedro Castillo, are holding demonstrations in the country, demanding elections for the head of state and the resignation of Congress.

Baltazar Lantaron Nunez, governor of the Apurimac region, confirmed that “more than 30 people were injured.”

A group of demonstrators advocating early presidential elections blocked the entrances to an airport in southern Peru. Inside the airport there are about 150 police officers who arrived from the capital of the country to help local law enforcement officers.

⠀
On December 7, Pedro Castillo, who served as president of Peru, dissolved parliament, which was supposed to consider his impeachment for the third time. However, the parliamentarians still gathered for a meeting and decided on his resignation. The military and police spoke out against the president’s decision, the politician was detained on charges of sedition and abuse of power and placed under preliminary arrest for seven days. Peruvian Vice President Dina Boluarte was sworn in as head of state in Congress and became the country’s first female president.

⠀
Earlier Monday, Boluarte declared a state of emergency in areas with high levels of social conflict amid protests in the country.