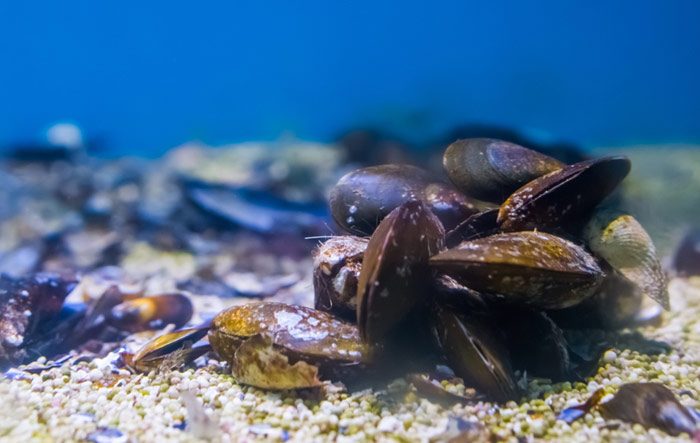 Problem of the plastic litter i the sea could be resolved partially with help of mussels, the recent study says. As the researchers from England’s Plymouth Marine Laboratory have found out, mussels filter microplastics from natural waterways.

Sea mussels are known for their resilience, capable of living in polluted water that other species would not be able to tolerate. As well as being naturally robust, mussels are incredibly efficient. One square metre of mussels can filter a whopping 150,000 litres of water, the scientists say.

The research being undertaken is examining this work rate, the aim of which is to maintain the shellfish’s health while maximising the amount of pollution being removed from the water.

The first stage of the study is laboratory-based, whereby scientists decide on the best ways to collect the faeces from the mussels. These faeces are easy to capture and contain the microplastic pollution. Potential uses for the waste include biofuels.

Following lab tests, bio reefs of mussels will be mapped onto a variety of marine environments to determine the efficacy of the approach in different locations. The researchers see considerable potential in this approach to cleaning a range of bodies of water.

Bio reefs could be situated upstream of mussel farms to help ensure clean food as well as at the source of pollution to help reduce further downstream contamination, Springwise reports.