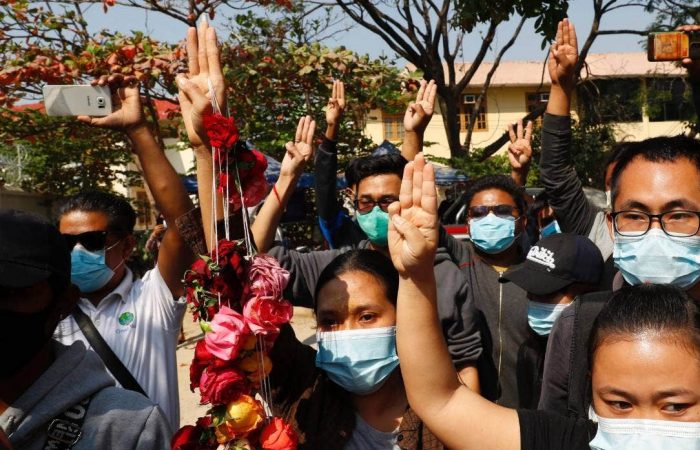 The military junta in Myanmar has banned social networks like Instagram and Twitter, Reuters said. The statement said that some people are trying to use both platforms to spread fake news.

In its efforts to curb the rising resistance against new power, the military Myanmar junta has broadened a ban on social media following this week’s coup. The self0declared new power is shutting access to both Twitter and Instagram, while rallies continued to expand Saturday.

Across the Asian country, people gathered again to show their opposition to the army takeover. About 1000 protesters marched Saturday morning through the streets of Yangon, the biggest city. By noon, police in riot gear had been deployed to block them from moving ahead.

Myanmar protesters shouted “Military dictatorship should fall” and “Down with dictatorship”.

Commenting on the Asian developments, Twitter said in a statement it is “deeply concerned” about the order to block internet services in Myanmar. The tech giant also vowed to “advocate to end destructive government-led shutdowns”.