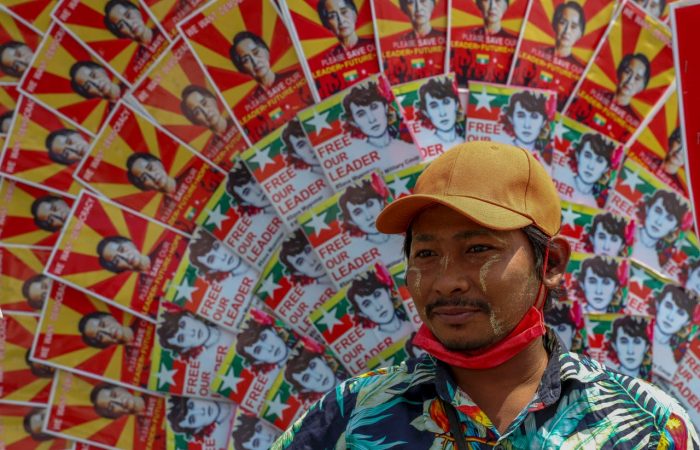 Myanmar is protesting against the military junta and coup, while the police escalate crackdown on the activists, AP reported.

Myanma police faced the consequences of this month’s military takeover. This week, the country’s crisis took a dramatic turn when the ambassador to the United Nations declared his loyalty to the ousted civilian government of Aung San Suu Kyi during a special session of the General Assembly. Moreover, Myanmar diplomat called on the international community to pressure the military to cede power.

Police have increasingly enforced an order by the junta banning gatherings of five or more people. Yangon and Mandalay remain the most protesting cities where the activists have been hitting the streets daily to demand the restoration of the government of Ms Suu Kyi.

The coup has reversed years of slow progress toward democracy after five decades of military rule, the political experts say. Ms Suu Kyi’s party would have been installed for a second five-year term in office, but the army blocked parliament from convening and detained her and President Win Myint and other top members of her government.

Myanmar coup and the UN

In his Friday speech at the UN, Myanmar’s ambassador Kyaw Moe Tun declared he represented Ms Suu Kyi’s “civilian government elected by the people” and supported the fight against military rule.

In his efforts to bring democracy back to the Asian country, he urged all nations to issue public statements strongly condemning the coup, and to refuse to recognise the military junta.

The ambassador flashed a three-finger salute that has been adopted by the civil disobedience movement at the end of his speech.

Despite the UN concerns, the junta said it took power because last year’s polls were marred by massive irregularities. It has dismissed the old commission’s members and appointed new ones, who annulled the election results on Friday.