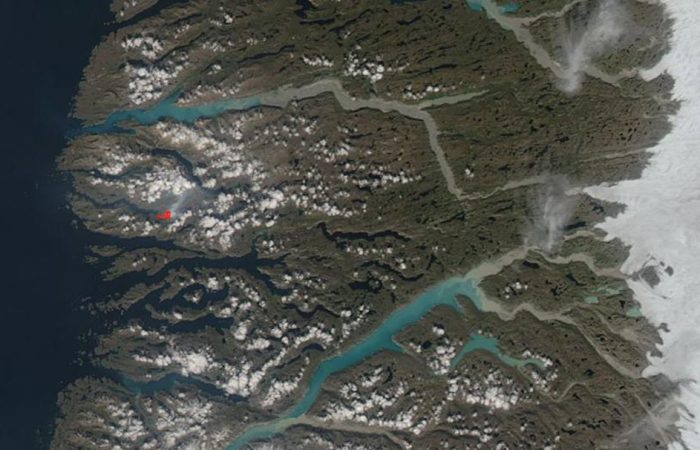 NASA has released a report, which says about using of the most advanced earth-observing laser instrument it’s ever placed in space. It has been mapped ice loss over the last 16 years.

Since 2004, NASA has been making observations of the Antarctic and Greenland ice sheets. Three satellites known as the Ice, Cloud, and land Elevation Satellite 2 (ICESat-2) were launched in 2018, and their data combined with measurements taken by the original ICESat that launched in 2003 and operated through 2009.

As the researchers revealed, the small amounts of ice gain in East Antarctica have been dwarfed by massive ice losses in West Antarctica. According to NASA researchers, that that ice loss from Antarctica along with the shrinking ice sheet in Greenland has been responsible for 0.55 inches of sea-level rise between 2003 and 2019.

In fact, that volume is slightly less than one-third of the total amount of sea-level rise observed in the world’s oceans. The combining of data from the two satellites have allowed NASA experts to generate a comprehensive portrait of the complexities of ice sheet change.

The instrument that ICESat-2 uses a laser altimeter that sends 10,000 pulses of light the second to the Earth’s surface and times how long it takes the signal to return to the satellite within a billionth of a second.

The correct comprehensive data allowed the experts to create a new model to convert volume change to mass change. In addition, the researchers could calculate densities across the ice sheets and allow the total mass loss to be calculated.

To sum it up, while in Antarctica, the continent’s interior is seeing the ice sheet thicken, losses in the margins of the continent outweighs any gains made by the interior.

As NASA experts suggest, the ice losses at the margins of the continent are due to a warming ocean. In Greenland, glaciers along the coastal line have lost significant ice with the Kangerlussuaq and Jakobshavn glaciers losing 14 to 20 ft of elevation per year.