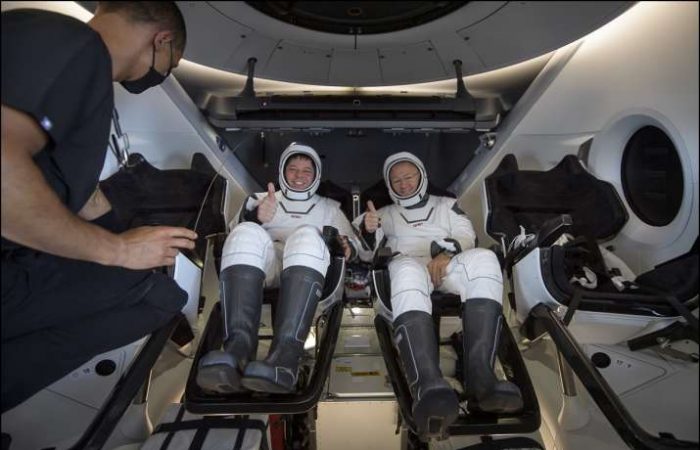 NASA reported on the SpaceX crew splashes down in the Gulf of Mexico, making another successful return of the space mission to Earth after a six-month scientific mission on the International Space Station (ISS).

The unbelievable live thermal video imaging captured a glimpse of the NASA’s capsule streaking like a meteor through the night sky over the Gulf moments before splashdown, Al Jazeera reports. While the capsule was slowing its speed to about 24 kilometres per hour, the flight control centre applauded to four astronaues.

The Dragon vehicle, dubbed Endeavour, parachuted into the calm waters of a sea as planned just after 10:30pm local time on Monday. Four astronauts strapped inside a SpaceX Crew Dragon capsule splashed down safely in the Gulf of Mexico off the coast of Florida after a six-month scientific mission on the ISS.

“Endeavour, on behalf of SpaceX, welcome home to planet Earth,” flight control told the crew as a safe splashdown was confirmed.

“It’s great to be back,” one of the astronauts radioed in reply.

Commenting on the succesful end of the mission, Thomas Pesquet from the European Space Agency asked what is the next stop for ISS. “Next stop, the Moon?” he tweeted.

The current crew’s departure was delayed by a day because of strong winds, NASA said.