The heightened tensions reign between the two uneasy NATO allies, the United States and Turkey.

The media waited more than two hours after the US leader Joe Biden was supposed to address them after emerging from the meeting with his Turkish counterpart. The NATO meeting became the platform where Erdogan and Biden fraught with tension, again.

Since 2019, the repeated incursions of Turkish vessels in the Mediterranean atop the continental shelves of both Greece and Cyprus as they search for oil and gas deposits irritates the US regularly. Moreover, Ankara actions even occasioned the collision of naval vessels from Greece and Turkey as they manoeuvred around each other in the Summer of 2020. 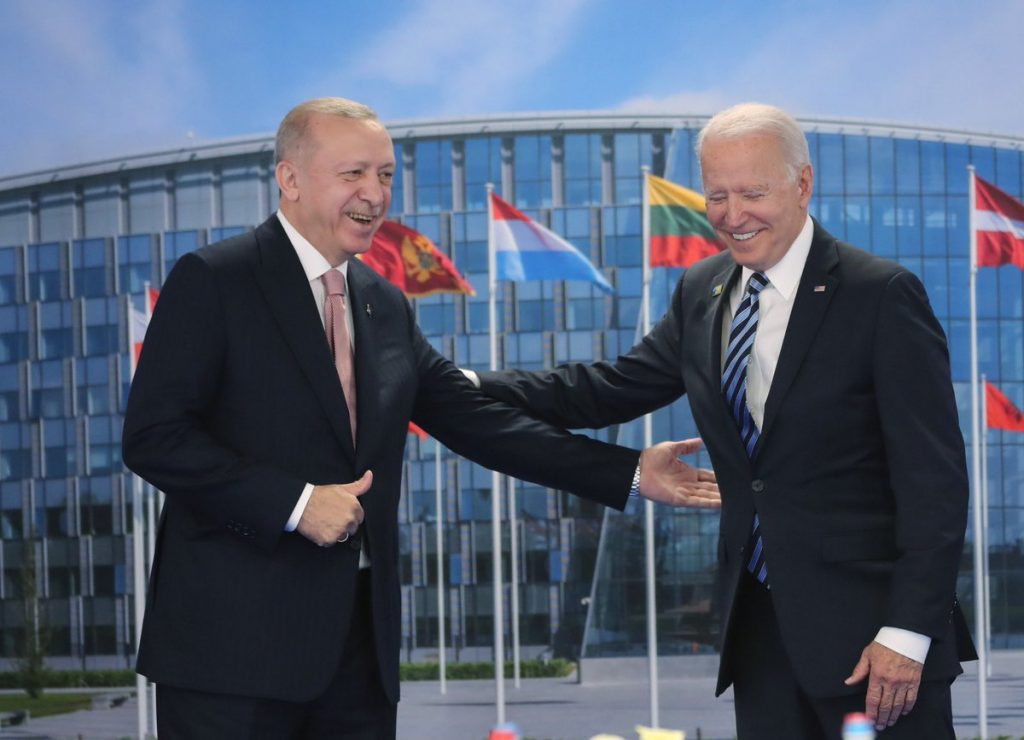 The newly-elected US leader revived hopes amongst many in Greece and the diaspora that he would stand up to any future transgressions on the part of Turkey.

The US secretary of state Antony Blinken, Defense Secretary Lloyd Austin and National Security Adviser Jake Sullivan were accompanied Joe Biden during the NATO press conference. Describing his conversation with Erdogan, Bide said laconically: “We had a very good meeting.”

Commenting on the meeting, Jens Stoltenberg said that all leaders agreed that in an age of global competition Europe and North America must stand strong together in Alliance “to defend our values and our interests, especially at a time when authoritarian regimes, like Russia and China challenge the rules based international order.”