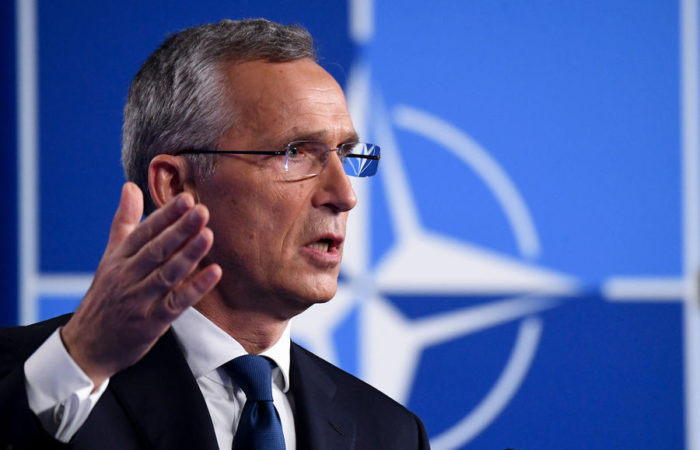 Chinese Foreign Ministry spokesman Wang Wenbin said at a briefing today that the NATO Secretary General has recently been constantly inflating the theory of the “Chinese threat” and adhering to double standards, Beijing calls on the head of the alliance to stop slandering China.

Earlier, Stoltenberg said that authoritarian regimes in Russia and China, and speaking at the international economic forum in Davos, said that certain restrictions in trade and economic relations with Russia and China are in the interests of the West’s security; according to him, freedom is more important than free trade, and the protection of common values ​​is more important than the protection of one’s own benefit.

“The NATO Secretary General has been continuously baselessly criticizing and carrying out slanderous attacks on China for some period of time, challenging the political system, China’s domestic and foreign policy, and inflating the so-called “China threat” theory, China strongly condemns and strongly opposes it.” , says the politician.

The politician says that NATO’s behavior is not unambiguous. First, they urge their colleagues to increase military spending, with the condition that they should be at least 2% of the GDP of the countries of the alliance, and then make irresponsible statements regarding China’s national defense and military modernization. This points to their “double standards”.

“China pursues a peaceful development path, China’s military doctrine is defensive in nature, China maintains its nuclear forces at the minimum level necessary to ensure national security. China’s defense spending has long remained at about 1.3% of GDP, which is well below average world-class,” he said.

Wang Wenbin says that China, unlike other NATO countries, does not try to enter into a military conflict and throw threats, and does not export its ideology. China tries to stay away from conflicts and deal exclusively with the affairs of its country.

“We call on Secretary General Stoltenberg to stop spreading slanderous statements against China and abandon the practice of drawing ideological lines. NATO has already confused Europe, there is no need to try to confuse Asia and the whole world,” the politician said.