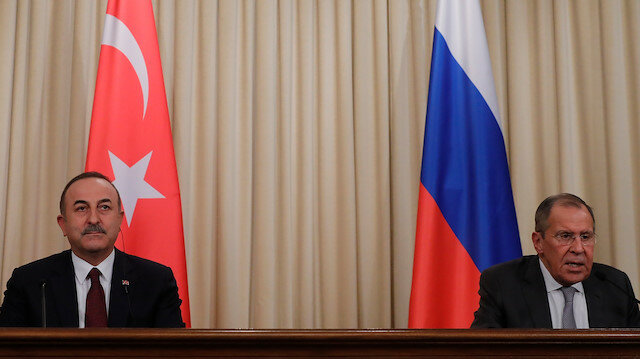 James Appathurai, a senior NATO official, on Sunday called on both Azerbaijan and Armenia to immediately end clashes in the occupied Upper Karabakh region. The parties of conflict should resume negotiations for a peaceful solution, he said.

The old conflict between the two neighbouring countries has been fuelled recently. NATO believes that the parties should immediately end clashes to avoid the escalation of the bloodshed.

James Appathurai, the NATO secretary general’s special representative for the Caucasus and Central Asia, issued a statement, which says:

“The parties should resume negotiations for a peaceful solution. NATO supports the efforts of the Organization for Security and Cooperation in Europe [OSCE] Minsk Group.»

Antonio Guterres, The UN chief, on Sunday expressed his concerns over the latest Nagorno-Karabakh conflict, calling on both sides to immediately stop fighting. According to the secretary-general’s spokesman Stephane Dujarric, Guterres condemns the use of force and regrets the loss of life and the toll on the civilian population.

«The secretary-general is extremely concerned over the fresh resumption of hostilities along the line of contact in the Nagorno-Karabakh conflict zone,» according to the UN statement.

For both sides, the best solution will be to immediately stop fighting, de-escalate tensions and return to meaningful negotiations without delay.

The OSCE Minsk Group — co-chaired by France, Russia and the US — was formed in 1992 to find a peaceful solution to the conflict, but to no avail. A cease-fire, however, was declared in 1994.

The Russian, Turkish diplomats have discussed the issue

Meantime, Russian top diplomat Sergey Lavrov and his Turkish counterpart Mevlut Cavusoglu spoke over the phone on Sunday. Both ministers discussed Armenia’s aggression against Azerbaijan, said Turkish diplomatic sources, who asked not to be named due to restrictions on speaking to the media.

«The need for an early cease-fire and stabilization of the situation on the line of contact [between the countries] was stressed. Condolences were expressed to the families and friends of the victims,» a Russian Foreign Ministry statement reads.

With this in mind, Cavusoglu spoke with Azerbaijan’s Foreign Minister Jeyhun Bayramov on the phone. The Turkish diplomat urged to en the border clashes, which broke out early Sunday after Armenian forces opened fire, targeting Azerbaijani civilian settlements.

While the border conflict is old, this July, Armenian cease-fire violations martyred 12 Azerbaijani troops and wounded four others.

Particularly, relations between the two former Soviet nations have been tense since 1991 when the Armenian military illegally occupied Upper Karabakh, Nagorno-Karabakh, an internationally recognized territory of Azerbaijan.