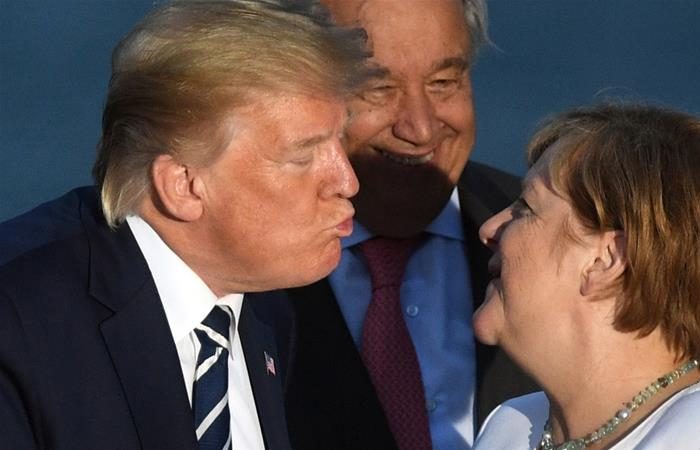 Donald Trump accused Germany being «delinquent» in its contribution to NATO and announced the cutting its troops in the country. Washington will bring 6,400 troops home and move an additional 5,400 troops from Germany to other countries in Europe, according to the Pentagon officials.

US President said on Monday that he is reducing the number of American troops deployed in Germany down to 25,000. As DW reports, Trump doesn’t understand the situation when the US protecting Germany and ‘they are delinquent’.

«That doesn’t make sense,» Trump said at the White House. «We are going to bring down the soldier count to 25,000 soldiers,» he added.

For Washington, the deployment of troops comes at «a tremendous cost», while Germany is not even meeting its commitment to spend 2% of its Gross Domestic Product (GDP) on defense as required by the NATO alliance.

In fact, member nations had pledged to reach the 2% threshold by 2024. After Germany said it hopes to reach the target by 2031, Trump decided to snet some American troops home from German bases.

Commenting on his recent decision to to remove 12,000 troops from Germany, Trump accused Germany of treating the US «badly» on trade. «So we get hurt on trade and we get hurt on NATO,» the US leader explained.

Over thhree years, President Trump has long complained that host nations have not been paying their fair share for the US troops and has repeatedly singled out Germany as a major offender. Until Germany meets the spending target, he said, the US will reduce its deployment in the country.

Pentagon’s plans on the troop withdrawal raised fresh questions about Trump’s commitment to longstanding cooperation agreements with European allies and the Western military alliance itself.

The news of troop withdrawal were welcomed by Germany’s only Left party.

Meanwhile, the German Ambassador to the US, Emily Haber, responded to Trump’s plans on cutting troops.