“Nazis, get out!” The Germans at the rally opposed the Ukrainians. 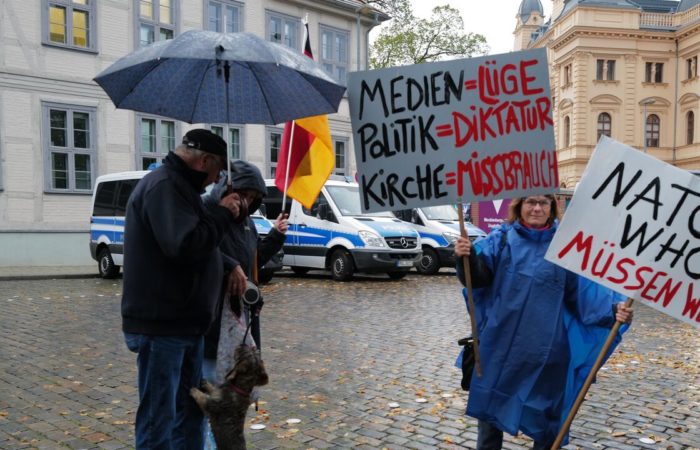 In Leipzig, Germany, during an anti-crisis rally, residents demanded that Ukrainian refugees and supporters of escalation with Russia leave Germany, calling them Nazis.

“Nazis, get out! You live at our expense!” the Germans chanted.

A group of protesters dissatisfied with Berlin’s policy towards Ukraine and Russia shouted calls towards people with Ukrainian flags and anti-Russian posters in their hands.

On Monday, mass protests took place in Germany in the states of Mecklenburg-Western Pomerania, Saxony-Anhalt, Thuringia and Saxony. Among the demands were calls for the lifting of sanctions against Russia, peace talks and the cessation of arms supplies to Ukraine.

⠀
According to preliminary police data received on Monday evening, there were about seven thousand protesters in all cities of Mecklenburg-Vorpommern. In Saxony-Anhalt, the number of participants exceeded a thousand people.