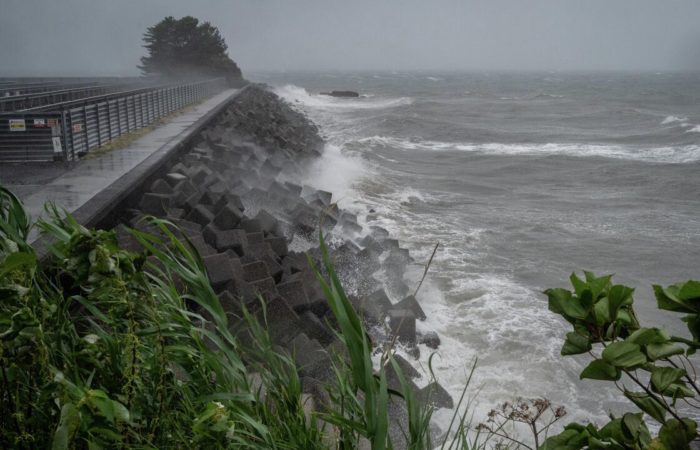 Nearly 2.5 million people in southwestern Japan have been ordered to evacuate due to the approach of extremely strong Typhoon Nanmadol, which received the 14 serial number.

An evacuation order is the fourth of five possible threat levels, which means a recommendation to evacuate to a safe place while such a measure is still possible.
The next, fifth, and highest level means the need to save a life due to an immediate threat.

This level of danger has been declared for nearly 68,000 people living in the cities of Izumi and Nishinoomote in Kagoshima Prefecture on the island of Kyushu.

⠀
Last night, Japan’s main meteorological agency issued a special warning of the threat of storm winds, high waves and storm surges for Kagoshima Prefecture in connection with the passage of Typhoon Nanmadol, named after the monument of Micronesian culture – the Nan Madol complex.