New US ambassador to Russia meets Putin in Kremlin visit 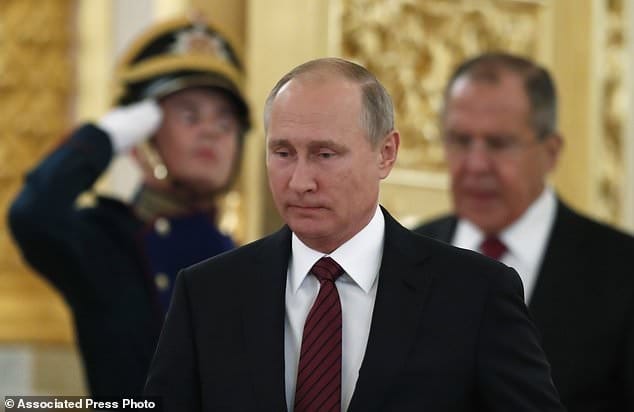 The US sent a new ambassador to Russia, Jon Huntsman arrived in Moscow on Monday to take over from John Tefft, who left after serving in Russia for three years.

Over last three both the US and Russia have changed a lot, that period was marred by a deep and rapid deterioration of ties, unseen since the end of the Cold War. The diplomatic relationship between the superpowers has soured even further in recent months following a series of expulsions of diplomats and closures of diplomatic missions.

During meeting with the new US ambassador, President Vladimir Putin offered Jon Huntsman the condolences on Tuesday over the deadly mass shooting in Las Vegas. In particular, Russian leader said,

“I would like to express my utmost and sincere condolences to the people and the administration of your country on the horrendous tragedy,”

During the ceremony in the Kremlin receiving foreign ambassadors’ credentials, Vladimir Putin also described the mass shooting as “shocking in its cruelty”. The Embassy of the Russian Federation in Washington flew its flag at half-staff on Monday in respect for the mass shooting victims.

Despite the rather cold relationships between the US and Russia recent years, President Putin reiterated the Kremlin’s aspiration to restore ties based on “equality, respect for national interests and non-interference in each other’s internal affairs.”