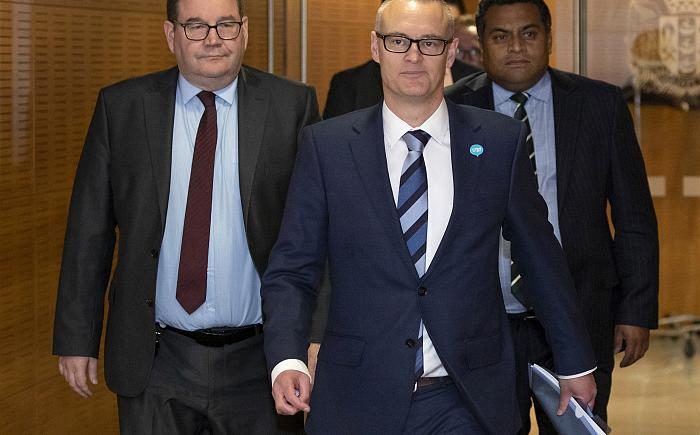 New Zealand’s health minister called himself ‘idiot’ and resigned on Thursday. During the period of the pandemic, David Clark generated an angry response from the public, Reuters reports.

Following a series of personal blunders during the COVID pandemic, NZ health minister preferred to step down. On Thursday, the top health official said he’d put all his energy into the job but now it is the right time to leave.

Earlier, David Clark had described himself as an «idiot» for breaking the nation’s lockdown measures and then last week appeared to blame a beloved health official for border lapses.

«But it has become increasingly clear to me that my continuation in the role is distracting from the government’s overall response to COVID-19,» Clark said.

According to the minister, he intended to remain in the parliament as a lower-ranking lawmaker.

NZ Prime Minister Jacinda Ardern said at the time she normally would have fired Mr Clark but that the country couldn’t afford a massive disruption in its health sector while it was fighting the COVID.

As a transitional measure, PM stripped Clark of his role as associate finance minister and demoted him to the bottom of the Cabinet rankings.

In fact, New Zealand’s health response has been praised around the globe after the country managed to eliminate community transmission of the novel pathogen. But Clark himself has been widely ridiculed.

His latest gaffe came last week when he appeared to place the blame for allowing some returning travellers to leave quarantine without being tested with his top official, Director-General of Health Ashley Bloomfield. Later, there were many other Clark’s missteps.

But on Thursday, Ardern said she was ready to accept Clark’s resignation.

«It’s essential our health leadership has the confidence of the New Zealand public,» Ardern said in a statement. «As David has said to me, the needs of the team must come before him as an individual.»

To cope with the unexpected Cabinet’s shiftings, PM Ardern appointed Education Minister Chris Hipkins to temporarily take over the role.