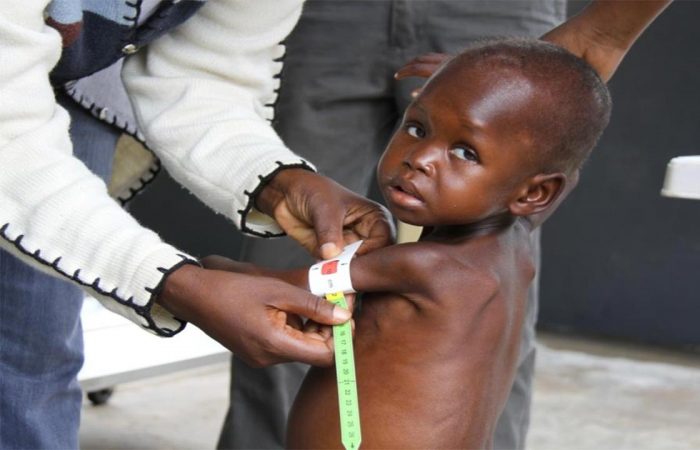 The Katsina State Primary Healthcare Development Agency reported on Thursday that a situation with malnutrition among kids is getting worse.

The state government was adopting workable and preventive measures to ensure that the malnourished children have access to quality healthcare services as part of efforts to tackle malnutrition in the state.

In Nigeria’s state Katsina, 7,271 out of 1.2 million children in the state are suffering from acute malnutrition, according to the latest report of Dr Zakiyya Aminu Masari. The governor wife stressed that many children under the age of five years in the state are stunted.

Amid pandemic, mostly rural communities across the 34 local government areas of Katsina state are battling with a moderate form of malnutrition. As of June, 92,766 children suffers from acute malnutrition, The Day has learned.

In Katsayal community, kids are getting locally made Ready-to-Use Therapeutic Food (RUTF). Last week, 1,298,279 kids were screened for malnutrition and during this screening, the doctors were able to find out that 92,766 children have moderate malnutrition, while 7,271 out of 1.2 million have a severe form of malnutrition.

He explained that 174,772 pregnant women were given iron follic supplement by the state government for the period of one month, while 14,105 were also given Tetanus vaccine in order to prevent them from neonatal tetanus.

He affirmed that the state government has also given vitamin A supplement to 1,491,269 children between the ages of six months to 59 months, while a total of 1,251,678 children were equally dewormed by the present administration in the state during the period under review.

Katsina remains the state with the worst indicators in terms of routine immunization, which is one of the key strategies to prevent the death of children.