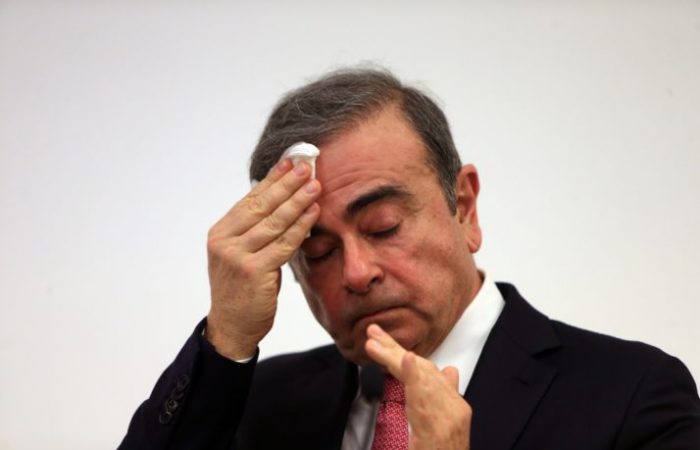 The Asian auto giant Nissan announced it has filed a $90 million civil lawsuit against former executive Carlos Ghosn in Japan. As the spokesperson added on Wednesday, Nissan is owed monetary damages from suspected fraud and misconduct while Mr Ghosn was a chairman.

Nissan also is asking for costs related to its internal investigation of Carlos Ghosn, along with legal and regulatory costs in Japan, the US, the Netherlands and other countries. As UPI reports, the suit is the latest fight between the Japanese auto giant and its fugitive former CEO who escaped Japan last month while on bond and is now living in Lebanon.

As the spokesperson for Nissan said, the company is owed for “fraudulent payments” made to or from Ghosn. Many of these documents linked to overseas residential property without paying rent, private use of corporate jets, payments to his sister and even payments to his personal lawyer in Lebanon.

“The financial damages claimed by Nissan are linked to Ghosn’s breach of fiduciary duty as a company director and his misappropriation of Nissan’s resources and assets,” Nissan statement reads.

The Japanese carmaker insists that the size of the damages claim is expected to increase in future as Nissan seeks to recover fines to be paid to the Japanese Financial Services Agency. It is quite possible that penalties imposed on the respectable company in criminal proceedings related to “Ghosn’s misconduct.”

Meanwhile, Mr Ghosndenies any wrongdoing, saying that Nissan and Japanese prosecutors conspired against him.

“Mr. Ghosn’s lawyers will react on the merits of the case once the content of the claim has been brought to their attention,” a Ghosn spokesman said.

The behaviour of the ex-official of Nissan/Renault made the authorities to arrest him in Japan in 2018 for financial misconduct and temporarily held in custody. Carlos Ghosn was later charged with under-reporting his salary at Nissan and personally profiting from company resources. The x-CEO is also under investigation in France.