Nobel Prize in Chemistry awarded for study of molecular synthesis 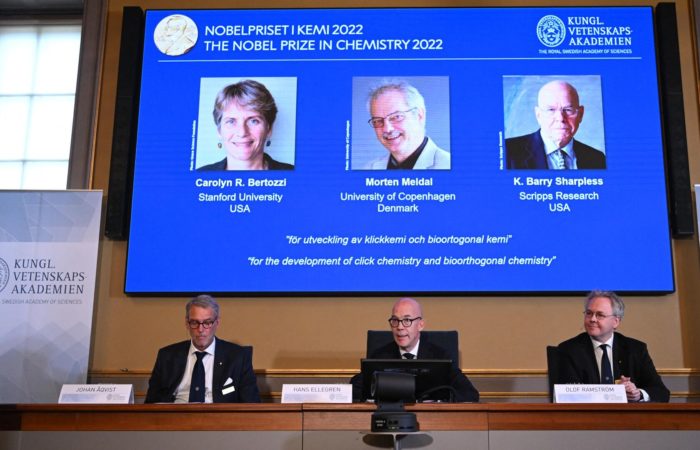 The Nobel Prize in Chemistry for 2022 was awarded to the American scientists Caroline Bertozzi and Barry Sharpless, as well as the Dane Morten Meldal for the method of rapid synthesis of chemical compounds. This was announced by the Nobel Committee of the Royal Swedish Academy of Sciences.

It studies chemical reactions for the rapid and reliable production of various substances, including biologically active ones, by combining a relatively small number of small elements. Sharpless received the Nobel Prize in Chemistry for the second time. He first became its laureate in 2001 for research used in the pharmaceutical industry.