Pope Francis is widely known for his peaceful statements those are calling for peace in the world. In light of the recent events taking place on the Korean peninsula, the pontiff called North Korea for peace in his Sunday speech.

North Korea crisis is deepening day by day, and Pope finds this very disturbing, that is why pontiff has called for international mediation. Pope Francis believes that talks will ease rising tensions between the US and North Korea over enormous nuclear activity of Pyongyang.

In his speech, the pontiff said that many countries are ready to help in peace talks like Norway. The Russian President Putin and Japanese prime minister Shinzo Abe have already discussed the ability to help with talks between the US and North Korea over a current dangerous situation on the Korean peninsula.

Pope Francis about the risk of war

The pontiff warned the crisis risked sparking a devastating war, which always has the disastrous consequences. The humanity has no right to move towards the war, in which «a good part of humanity» would be destroyed. The only path to the peace heads through the negotiations, of a diplomatic solution, Pope strongly believes.

Donald Trump accused official Pyongyang of demonstrating «disrespect» towards China and its president. The US leader recently hosted Chinese President Xi Jinping and praised him for «trying very hard» on North Korea. 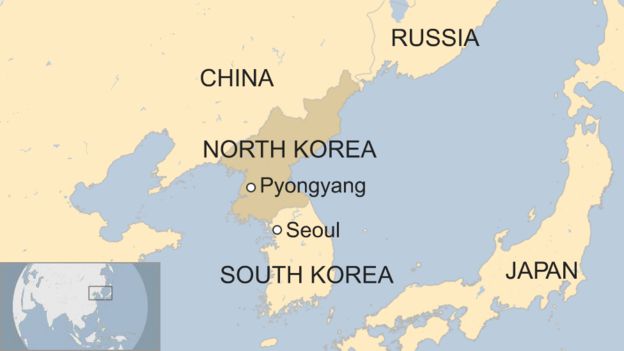 «There are so many facilitators in the world, there are mediators who offer themselves, such as Norway for example.»