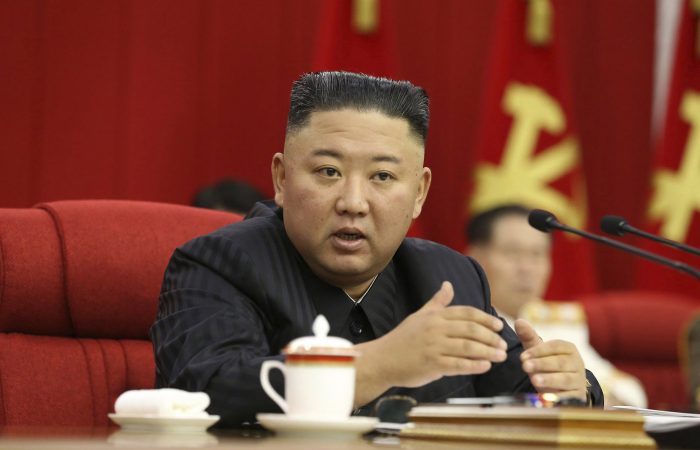 North Korea’s Kim Jong Un acknowledged a food shortage in the country, which was hit by a series of typhoons last year including Typhoon Hagupit in August.

Among others, the issues including economic challenges, efforts to fight the pandemic and policy for dealing with the Joe Biden administration in Washington were discussed during the meeting.

On the first day of the meeting, Kim made the unusual move of confessing publicly to food shortages.

“The people’s food situation is now getting tense as the agricultural sector failed to fulfill its grain production plan due to the damage by typhoon last year,” Kim said on Tuesday, adding that the meeting should come up with a “positive measure” to settle the problem.

In a report analyzing the meeting, the South Korean analytic centre INSS said after the Workers’ Party’s Central Military Commission held a discussion on the supply of wartime food stockpile on June 11, a decision was made at the plenary meeting on Thursday and that a special order to supply the food was signed by Kim.

The INSS report also raised the possibility of high-level exchanges between Pyongyang and Beijing and a request for food aid from China next month coinciding with the renewal of the Sino-North Korean Mutual Aid and Cooperation Friendship Treaty signed on July 11, 1961.

The Food and Agriculture Organization of the United Nations (FAO) estimated recently that North Korea is short of about 860,000 tons of food, or enough for just over two months of supplies.