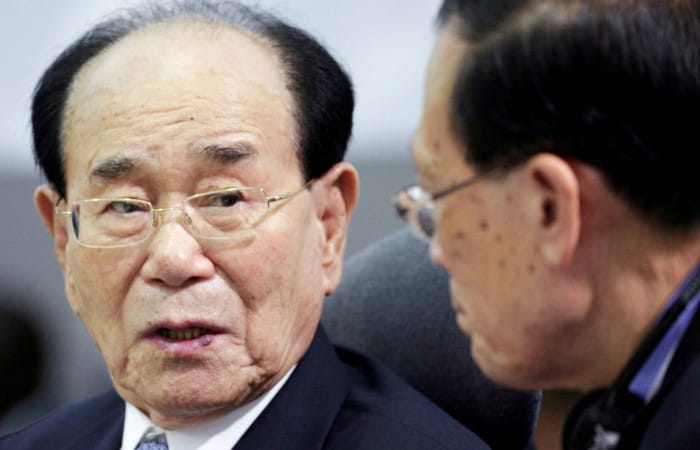 North Korea and South Korea got a brilliant chance to improve their relationships thanks to the Winer Olympic Games in Pyeongchang. For the first time, North Korea is to send its head of state to visit South Korea, Hankyoreh reports.

Kim Yong-nam, the North Korea top-level official, is to go to the South, amid an ongoing thaw in relations over the Olympic Games. This Friday, the NK head of state will arrive in South Korea as the head of a 22-member high-level delegation representing Pyongyang. For the first time, the highest level North Korean official is going to visit the southern neighbour state.

South Korean officials said they welcomed the arrival of Mr Kim, 90, the president of the Supreme People’s Assembly, the North’s rubber stamping parliament. South Korean President Moon Jae-in is working to carry inter-Korean dialogue for the Pyeongchang Olympics forward into a dialogue between Pyongyang and Washington.

For South Korea, the arrival of NK head of state is a clear signal of the North’s “goodwill” to improve inter-Korean relations. However, the political experts say it is unlikely to have any impact on Pyongyang’s nuclear ambitions.

“Given Kim Yong-nam is responsible for summit diplomacy as the head of state by the constitution, the North appears to show some sincerity to the South in its own way,”

It is not known whether Mr Kim will attend the Olympics opening ceremony on Friday evening in the mountain resort of Pyeongchang, where he would potentially be rubbing shoulders with US Vice-President Mike Pence and other global leaders.