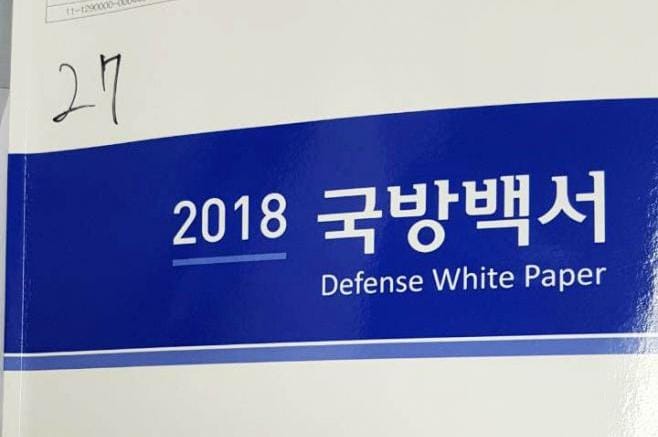 North Korea and South Korea are improving their relationships at a fast pace, both national leaders have agreed to take steps to ease military tension, such as closing front-line guard posts on the border. In Seoul defence report, North Korea no longer listed as ‘enemy’, Guardian reports.

South Korea’s Defense Ministry has released the 2018 defence white paper on Tuesday. The most important sign of detente between the neighbouring countries is Seoul has crossed out its definition of NK as an enemy in the report. Instead, Defense Ministry white paper describes “enemy” in a broader term,  that includes “any potential or transnational and nonmilitary threats.”

The South Korean Defense Ministry has listed its northern neighbour an enemy since 2010, the 2018 defence white paper features updated military information on Pyongyang, and says the North has recently created a special forces team in charge of assassination missions.

Being removed the tag ‘enemy’ from North Korea, Seoul continues to keep an eye on it. According to the ministry of defence, Pyongyang possesses some 50 kilograms of plutonium — enough to create nuclear weapons through reprocessing spent fuel rods from nuclear plants. It also has a considerable amount of enriched uranium and is capable of reducing the size of nuclear weapons. The intelligence information and satellite imagery also prove that Kim Jong Un still runs the national nuclear weapons and missiles, despite a pledge to denuclearize.