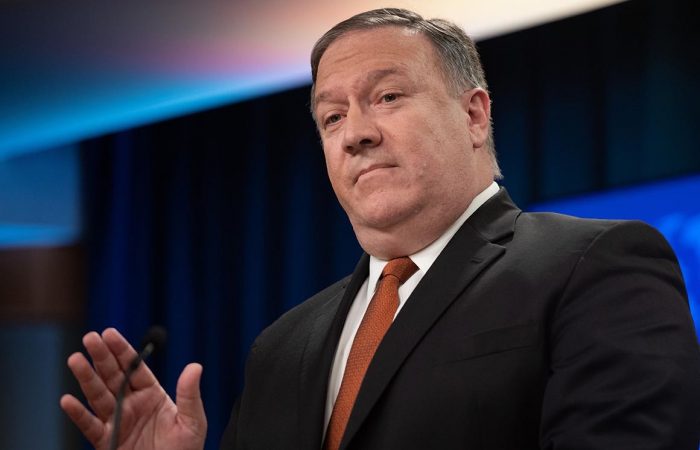 While North Korea was ready for both dialogue and standoff with the United States, Mike Pompeo did his best to employ «hackneyed sanctions rhetoric».

Since the Vietnam summit, North Korea has demanded that Mike Pompeo be replaced with another diplomat with a more mature and realistic view. Talks aimed at dismantling the NK’s nuclear and missile programmes have stalled since a failed 2nd summit between US and North Korean leaders in Hanoi in February.

Their next meeting — at the inter-Korean border — became a scoop because Mr Trump and Mr Kim Jong Un agreed to reopen working-level negotiations. Now, the most anticipated summit is in its preparational stage.

Mike Pompeo has been a repeated target of North Korean criticism

NK Foreign Minister has been observed Pompeo’s diplomatic skills during the Hanoi summit. Mr Ri referred to Mr Pompeo’s remarks in recent press interviews in which he said sanctions would be kept until North Korea takes concrete actions on denuclearisation.

«He is truly impudent enough to utter such thoughtless words which only leave us disappointed and sceptical as to whether we can solve any problem with such a guy,» Mr Ri said in a statement.

On Tuesday, Pompeo urged the NK leader to return to the negotiating table, saying that it would “be better for the North Korean people” and the world. But the personal attack from Ri represented an escalation while both sides are trying to discuss ways to get negotiations back on track.

Meanwhile, South Korea believes in the progress of denuclearisation talks in terms of mutual trust and respect between the US and North Korea, «culminating in good results».