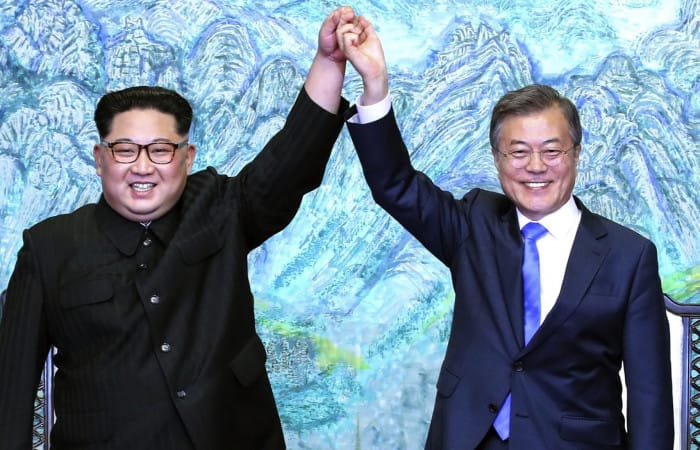 The historic meeting in Pyongyang gave the brilliant opportunity to South Korea’s President Moon Jae-in and North Korean leader Kim Jong-un to discuss their future. Among the latest developments was leaders’ offer to pursue a joint bid to host the summer Olympic games in 2032. The two nations have fielded joint teams at major events and won the first gold together at August’s Asian Games.

Among other countries that have also expressed interest in hosting the 2032 OG were India, Australia, China and Indonesia. However, both Koreas have the big chances to win the race. North Korea’s May Day Stadium is the largest in the world with a reported capacity of 150,000, while South Korea staged the Winter Olympics this year, and the capital Seoul hosted the 1988 Summer Games.

Of course, the bid is part of improved relations between the two nations after decades of hostility in the wake of the Korean War in the 1950s. In February, the two nations marched together under a unified flag at the opening ceremony for the Winter Olympics in February and competed as one team in ice hockey.