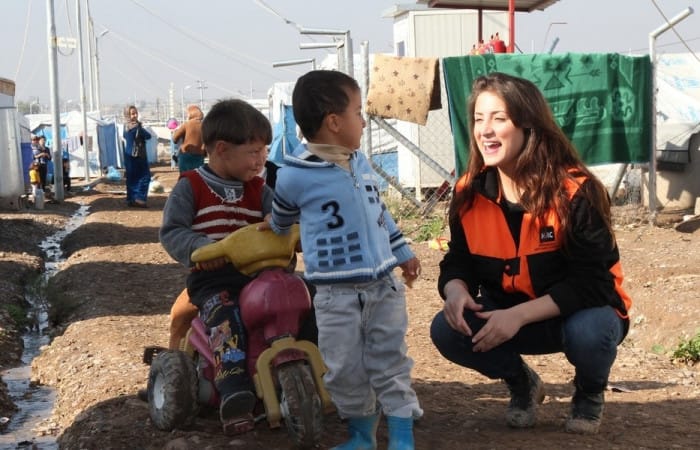 Norway welcomes refugees but children residing in reception centres for asylum seeker are half poorer than most of their Norwegian peers, the recent publication in Journal for Welfare Research reported.

Thousands of kids who arrived Norway from the Middle East and North Africa live in tough conditions in comparison with the local families. The government does its best to the refugees but the purchasing power of the aid to families in such centres has dropped by 20 percent from 1989 to 2016. However, according to a study from Oslo and Akershus University College of Applied Sciences (HiOA), the gap has grown between families with young children in asylum centres and equivalent families elsewhere in Norway.

In 2017, a family of two adults and two children aged six to ten have NOK 8140 [$988] to live on per month. They have no rent but must pay for their clothing, food and other costs.

The Norwegian Government authorities determine how much aid asylum seekers receive. Amounts are constantly changing. The Norwegian Directorate of Immigration (UDI) follows up the Government’s policies and thus dictates the allowances. Such regulations are generally issued twice a year.

The researcher behind the new study has compared the amounts granted to asylum-seeking families with those for families on welfare and calculations by the National Institute for Consumer Research (SIFO) regarding what it costs to live in Norway when outlays for rent and utilities are deducted.

The gap between the two groups has grown wider, especially after Norway’s policies regarding asylum seekers were tightened in the wake of the flood of immigrants, refugees and asylum seekers in 2015, mostly across Norway’s border with Russia.

In any case, the reduced benefits have an impact on the children. Although Norway is obligated to follow the UN Convention on the Rights of the Child, domestic politics regarding immigration often get priority. Whatever it was, the life of young refugees in Norway is much safer than their being in the native war-torn countries.