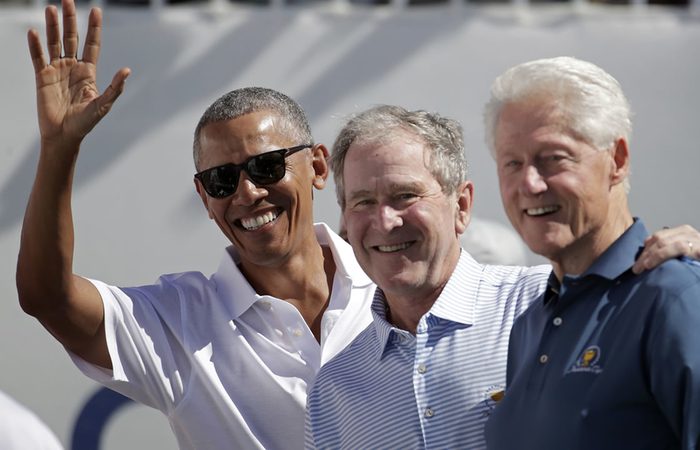 Three former US Presidents have decided to televise their vaccination against COVID-19 to inspire Americans to do the same. Barack Obama, George W. Bush and Bill Clinton believe that broadcasted shot could ease any public skepticism over the safety of new vaccines.

Democrats and Republicans have found a common ground when Obama, Bush and Clinton are willing to get a COVID-19 vaccine on camera once the U.S. Food and Drug Administration grants emergency approval.

In his interview with Sirius XM radio that aired on Dec. 2, Barack Obama said he may end up taking it on TV or having it filmed, «just so that people know that I trust this science,» said the ex-President.

George Bush, a Republican and Obama’s predecessor, is willing to do the same, according to Freddy Ford, Bush’s chief of staff.

Bill Clinton has stretched his full support to the vaccination campaign when the Democrat said he will «definitely take a vaccine as soon as available to him, based on the priorities determined by public health officials».

Three former President are ready to «do it in a public setting if it will help urge all Americans to do the same.»

An FDA panel scheduled to meet on Dec. 10 to discuss whether to approve of a vaccine developed by Pfizer Inc with German partner BioNTech. The antivirus has shown to be 95% effective at preventing illness. Taking into account that perspective, the U.S. health officials predict the first inoculations could start in mid-December.

Ivanka Trump, Trump’s eldest daughter and a senior White House adviser, said in September she would be willing to receive a vaccine on the ABC talk show «The View.»