Barack Obama has made his first public comment, in which the ex-president criticised Trump’s travel ban. This immigration and travel ban, according to Obama, is very dangerous because the ‘values are at stake’.

The former president Obama broke his silence since he left the office and hits out the ban issued bt Trump’s administration last Friday. The ex-leader of the US said through a spokesman that this travel ban caused and unprecedented response and another wave of the protests throughout the country. Spokesman Kevin Lewis stressed in the statement:

“Citizens exercising their Constitutional right to assemble, organise and have their voices heard by their elected officials is exactly what we expect to see when American values are at stake.”

As a matter of fact, during his presidency, Barack Obama issued similar orders, e.g., in 2011, he banned visas for refugees from Iraq for six months. Donald Trump stressed this similarity in his respond to the activists who blamed him for such harsh measures.

However, Barack Obama believes that now, after issuing Trump’s travel ban, the American ‘core values may be at stake,’ including ‘systematic discrimination being ratified in some fashion.’

Trump banned the travellers from 7 countries for 90 days 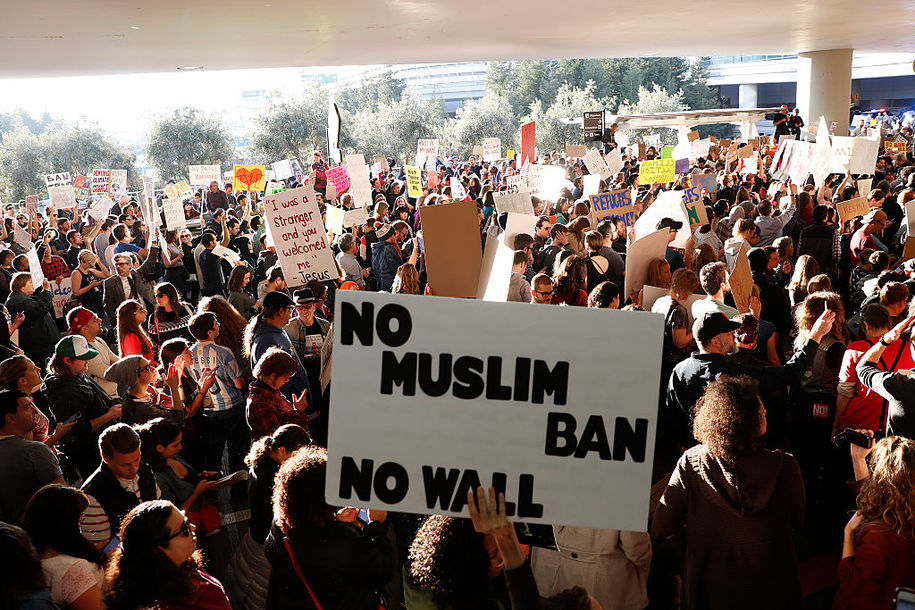 According to Trump, he would give priority to Christian refugees over Muslim refugees. The administration of the 45th president has maintained that the sweeping actions don’t constitute a Muslim ban, though. The spokesman of Barack Obama explained:

“With regard to comparisons to President Obama’s foreign policy decisions, as we’ve heard before, the President fundamentally disagrees with the notion of discriminating against individuals because of their faith or religion.”

During the last weekend whole world was just perplexed with this new execution order of President trump. Many valid visa holders were blocked from the entering, which caused many protests at major international airports.