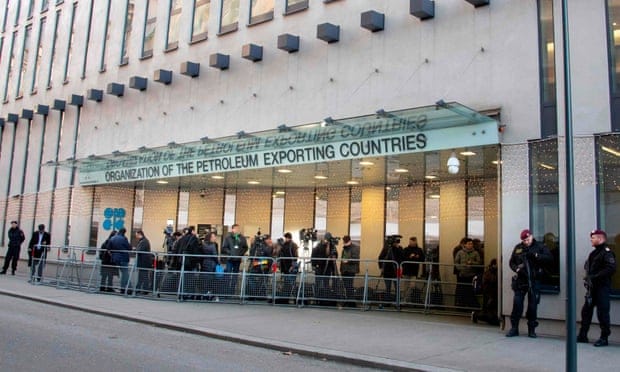 OPEC’s de-facto leader, Saudi Arabia, has a great influence on oil prices, Khalid al-Falih has cast doubt on the prospect of Organization announcing a cut in output. Russia, being a non-member of OPEC, also is a mighty key actor on the oil market as well.

After Saudi Arabia energy minister has admitted he was “not confident” a deal would be reached on cutting output, the Kingdom is under pressure to take a lead on stabilizing oil markets. Despite many aspects, it looked somewhat isolated at the Thursday meeting with Russia looking reluctant to agree to a cut.

Iran’s oil minister confirmed that his country has no intentions to cut anything. Since renewing the US sanctions, the oil policy of Iran became more laconic and harder. At the most anticipating meeting in Vienna this week, OPEC members have tried to plot a course between protecting member states’ revenues and not angering the US President, who urged for oil to keep flowing in order to hold down prices.

Taking into account the above-mentioned aspects, oil prices slipped 4% to below $60 on Thursday as Khalid al-Falih’s comments about the risk of OPEC no-deal placed question. The Brent crude has plunged from $86 at the start of October to about $60 recently, over concerns at a glut in supply and faltering demand. According to the insiders, the group had agreed on the need to curb production but had yet to reach an agreement on the exact figure, OPEC meeting’s results will be crucial for such an important decision.

Iranian Oil Minister Bijan Zanganeh told CNBC Thursday: “We will not cut anything because of the sanctions.”

“During the sanction period of time we are not ready to cut our production, but Iran supports any decision made by OPEC members to manage the market, but during the period of sanctions it’s not fair (that we) reduce more,” he added.