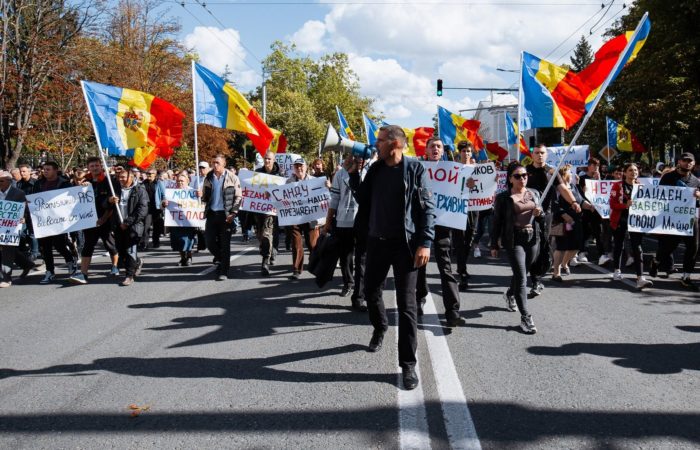 Protesters in the center of Chisinau, supporters and representatives of the opposition Shor party, held another rally demanding the resignation of the Moldovan leadership, RIA Novosti correspondent reports.

On the eve of the opposition party “Shor” held a rally in the center of Chisinau to achieve early parliamentary elections. The protesters also demanded the resignation of the government and parliament. According to the organizers, about 45 thousand people took part in the rally, according to the Ministry of Internal Affairs – 6.5 thousand. The oppositionists built a tent camp – “City of Changes” – in the square in front of the parliament of the republic, in which dozens of demonstrators stayed overnight.

The rally took place in a tent city in front of the Moldovan parliament. The demonstrators chanted: “No to price increases”, “Resignation”, “No to political reprisals!”, “Down with Maia Sandu”.

“The tent city will exist until we win. The president and the prime minister have brought the country to the edge. Our main goal is early parliamentary and presidential elections,” said party leader Ilan Shor, who contacted the demonstrators via Skype.

He noted that such actions will become daily, and mass rallies will be held on weekends. In this regard, Shor proposed to expand the “City of Changes”. The event ended with a performance by Moldovan pop artists.

Massive anti-government rallies began in Moldova back in May. The protesters are outraged by the unprecedented rise in the price of energy and food, falling living standards and record inflation (33.5 percent). They accuse the authorities of failing to cope with the crisis, political pressure on opponents and unwillingness to negotiate better gas prices with Russia.