Over 14.9 million Chileans are called to the polls on election days 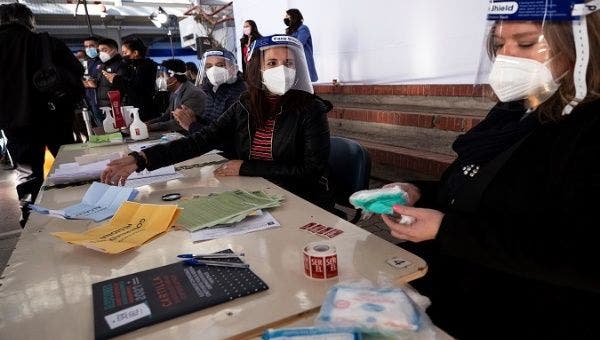 Chileans are voting to elect governors, mayors, councillors, and members of the Constituent Convention (CC) in charge of drafting a new Constitution. Over 14.9 million qualified voters will have to choose the authorities.

On Saturday, all 46,087 polling stations were opened at 08:00. The Electoral Service said that electors will receive four ballots, and only one vote must be cast for each of them. During this weekend, among 16,730 candidates, the Chileans will elect from the:

The subnational elections will also take place on Sunday. Electors will receive four ballots, and only one vote must be cast for each of them. As in the 2017 parliamentary election, the D’Hondt system will be applied to count the votes.

The elections amid the pandemic

The face masks, physical distance, and the use of their blue paste pencil and alcohol gel are obligatory amid the COVID-19 pandemic.  Subnational elections, which were postponed in April, take place amid a deep political, economic and social crisis aggravated by the pandemic in this Andean country.

The elections mark a milestone in Chile’s history since it will be the first time that a Constitution would be written by constituents elected on a parity basis, in equal numbers of men and women, and with the representation of the country’s ten Indigenous people groups.