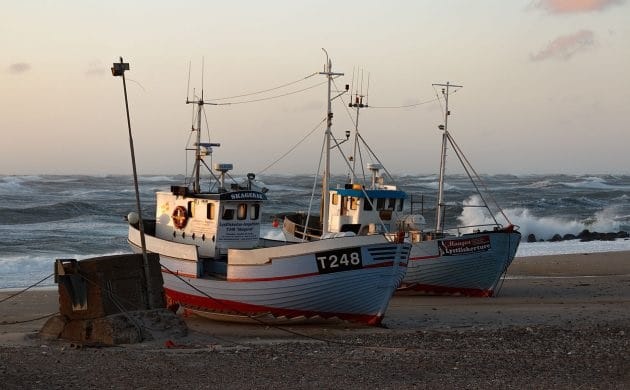 Denmark‘s fishery industry is one of the largest inside the European Union but overfishing becomes a real problem for the environment, said the EC report on fishing limits.

For Denmark, fish and fish products are the big part of import and export but after European Commission’s offer to cut fishing, the Danish government should re-think a new problem to find the way out. According to Lasse Gustavsson, executive director of Oceana in Europe, the future for European fisheries is bright if we rebuild our fish stocks to their full potential and transition to sustainable fishing.

The annual proposal for fishing limits by the European Commission (EC) notes if Danish fisheries were healthy and well managed over the next ten years, the total revenues in the fishing sector would increase by at least 248 million euros and in the direct fishing industry alone 900 new jobs would be created.

But reading through the Commission’s fishing opportunities proposal for 2019 for Baltic Sea fish stocks, it becomes clear that the EC is yet again abandoning its responsibilities. For example, a quota for the very fragile eastern Baltic cod stock significantly surpasses scientific recommendation, and for western Baltic cod, the Commission proposes to remove the current closure period.

The overfishing is bad for ecology and economy

The scientists insist that mismanaging natural, renewable resources destroys Denmark’s natural marine heritage and costs jobs, food, and money. No need to underestimate this, the short-term thinking, symptomatic for politicians whose only time-frame is the next elections, is proving to be detrimental for a sustainable resource like fish.

According to the recent Oceana studies, the healthy and well-managed EU fish stocks have in fact the potential to produce almost 60 percent more – equivalent to two million tonnes – sustainable fish annually and create 92,000 new jobs at the same time. So the future for European fisheries is bright if we rebuild our fish stocks to their full potential and transition to sustainable fishing.