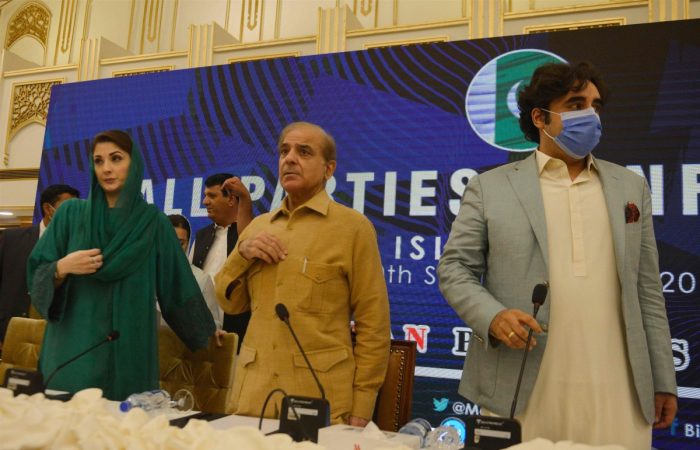 Pakistan’s former prime minister Nawaz Sharif to vow to oust Imran Khan from office, accusing him of multiple violations of power. The ex-PM broke a nearly yearlong silence from exile in London to restore justice.

Imran Khan is only reaching power through a vote rigged by the country’s powerful military, said the former first minister Sharif. On Sunday videoconferencing, the 70-year-old former premier offered an emotional, direct attack on PM and the military, with which he has a long, uneasy relationship.

As SF Chronicle reports, Khan’s government on Monday dismissed his remarks, with Information Minister Shibli Faraz saying the Pakistani opposition is only united because they fear ongoing corruption cases targeting them.

Sharif’s political story was rather complicated, in fact. He served as Pakistan’s prime minister, first removed by a president in 1993, then by military ruler Pervez Musharraf in 1999. A court in 2017 ousted him from power over corruption allegations. Imran Khan, a former cricketer, came to power in 2018.

“Our struggle is not just against Imran Khan,” Sharif told an opposition rally in Islamabad via videoconferencing. «Our struggle is against those who installed Imran Khan and who manipulated the vote to bring an incompetent man like him to power and thus destroyed the country.»

Sharif spoke from London online, where he has been since last November when he was released on bail to seek medical treatment abroad. At the time, a court permitted Sharif to leave the country for four weeks, but he did not return. A Pakistani court last week issued arrest warrants for the former PM, previously sentenced to seven years in prison on corruption and money laundering charges stemming from disclosures in the Panama Papers.

Sharif vs Khan: the new stance in Pakistan

On Sunday, Pakistan’s opposition parties held a meeting in which they agreed to hold nationwide rallies in October to pressure Khan to resign. Sharif was targeted by similar mass protests during his rule.

Opposition lawmakers have also threatened to resign to force fresh elections. They are protesting against the role of Pakistan’s powerful army in the country’s politics. They demand that the establishment should not have any role in politic.

Pakistan’s military has ruled the country of 220 million people — directly or indirectly — for most of its history. Successive attempts at protracted democracy have been interrupted by military coups, the last one in 1999.

As an illustration, Pakistan on Monday launched its latest five-day vaccination drive against polio in an effort aimed at eliminating the crippling children’s disease. Faisal Sultan, the senior health adviser, stressed that some 40 million children will be vaccinated during the effort by a team of 275,000 polio workers.

Pakistan and Afghanistan are the last two nations in the world where polio is still endemic, WHO reports.