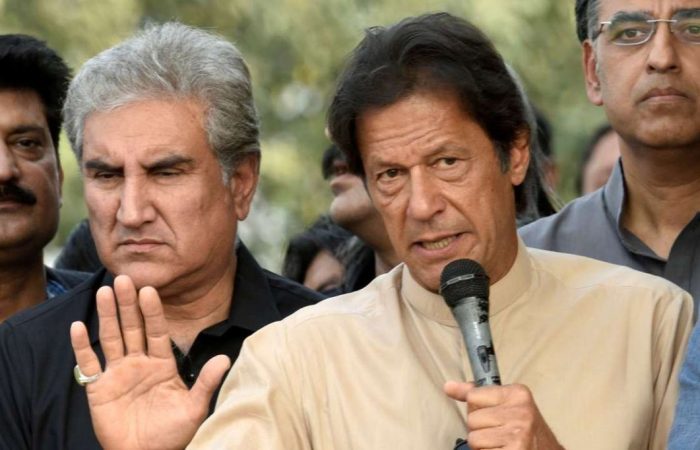 Pakistan prime minister Imran Khan said to the opposition he won’t step down. On Tuesday, PM agreed to accept all «valid» demands of the Azadi March protesters, except his resignation, India Today reports.

Imran Khan is under fire for his ruling, the representatives of the Azadi March demand his resignation since Friday. According to protesters who reached Islamabad on Thursday with Azadi (Freedom) March, it is the right time for the new PM and the new elections because the 2018 general elections’ results were ‘falsified’ by Imran Khan.

«The government is ready to accept all valid demands except the demand for resignation,» The Express Tribune quoted PM Khan, adding he has demanded that the Rehbar Committee end the sit-in.

Khattak and the Rahbar Committee will resume the talks on Tuesday.

The Opposition parties, including the Pakistan Muslim League-Nawaz (PML-N) and the Pakistan People Party (PPP), have also thrown their weight behind the anti-government rally.

In its list of demands, the Rehbar Committee has sought the premier’s resignation and fresh elections in the country without the supervision of the armed forces.

Opposition urges to continue the anti-government rally with «perseverance»

Last Friday, opposition leader Rehman called Imran Khan «Gorbachev of Pakistan» and gave him 48 hours to resign. On Monday cleric asked his supporters to continue their anti-government protest with «perseverance» and «courage». He said the Azadi March to oust the prime minister «will continue to move ahead and will never be on the back foot».

The 66-year-old cleric said the protest would continue until Imran Khan steps down.

Meanwhile, PPP leader Bilawal Bhutto-Zardari has vowed to form the government at all costs. He criticized Khan’s ruling, saying he transformed the daily life of Pakistanis in ‘hell’.

Mr Bilawal termed PM as an «inefficient», criticising the federal budget and policies, particularly the prime minister’s announcement of the construction of five million houses. Such a housing policy had rendered thousands of poor people homeless, PPP leader said.

Extending his support to the farming community, Bilawal said the PTI government of Khan had inflicted economic damage on the farmers.

He also criticised the government’s media policy, saying the press was not free in Pakistan and the ruling party has silenced the people’s voice.