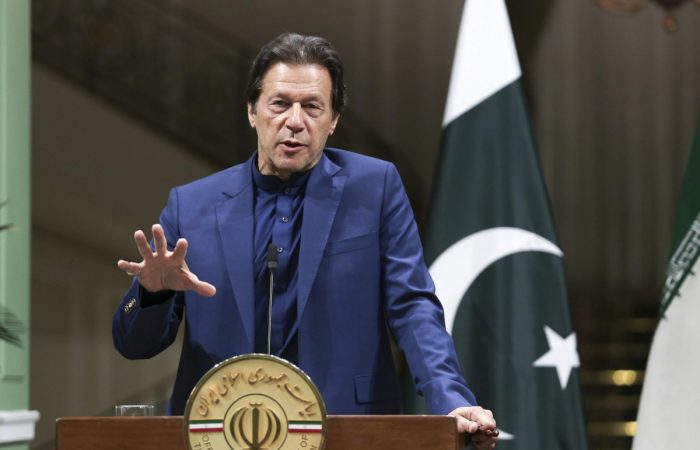 The Pakistani prime minister pointed the extreme vulnerability of his country to climate change. In his address at the UN-sponsored meeting on Monday, Imran Khan laid out the top ecological priorities for Pakistan.

The British prime minister Boris Johnson co-hosted the meeting with UN Secretary-General Antonio Guterres. The UK PM urged the leading nations to deliver on their commitments toward a $100 billion per year climate fund.

Mr Johnson also reminded rich nations that they had reaped the benefits of pollution and now’s the time for them to share their responsibilities as well to help the countries like Pakistan to cope with climate changes. The richest economies of the globe have already missed a target to raise $100bn by 2020 despite the UN push them to meet the target before the next world climate conference.

Commenting on the current status of the climate situation, PM Khan also reminded the UN-backed meeting participants that commitments made in the frame of the Paris Agreement “must be fully implemented”. The Pakistani leader expressed concern over “unrealised climate finance pledges by the developed countries.

The UK PM stressed the chances of meeting that target by the Glasgow summit in November was only “6 out of 10”.

In his turn, the UNSG said he heard “encouraging declarations” at Monday’s meeting about raising financial support to help developing countries deal with climate agenda.

“We need decisive action now to avert climate catastrophe. And for that we need solidarity,” he said. “Saving this and future generations is a common responsibility,” Guterres added.

The objective of Monday’s meeting was to deliver a shared political understanding and vision on what needs to be delivered in the lead-up to the forthcoming Climate Change Conference (COP-26) in Glasgow, Yahoo News reported.