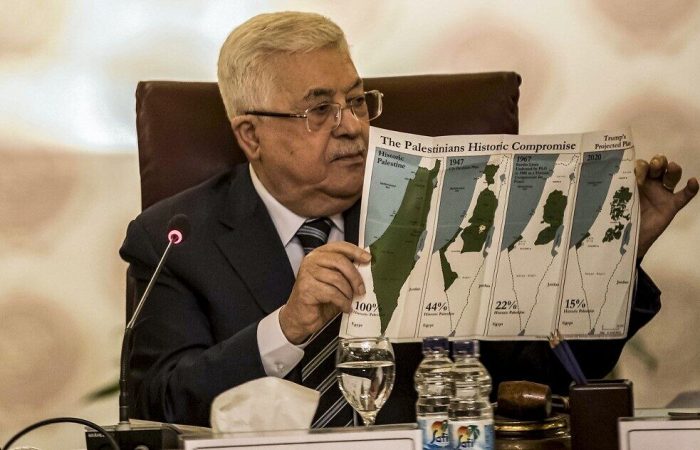 In his recent statement, head of the Palestinian Authority (PA) said as well that Israel shouldn’t proceed with annexation plans, otherwise, Palestine has to cancel all agreements. In addition, Mahmoud Abbas has announced head of the General Authority of Civil Affairs (GACA) Hussein al-Sheikh.

Next week, President Abbas set to hold two important meetings with Fatah’s Central Committee and the executive committee of the Palestinian Liberation Organization (PLO). The GACA new head, al-Sheikh, has commented on the upcoming meetings.

Being also a member of Fatah’s central committee, al-Sheikh added that the scheduled meetings aimed at discussing the latest political developments and develop strategies to confront the annexation government in Israel.

Now, Palestinian president wants to draw up a clear plan to respond to Israel’s plot to annex parts of the West Bank. The top officials have already warned that it will be a new, different and decisive stage if Israel goes with the plans to annex the West Bank.

In addition, the Palestinian Authority’s officials are now discussing cancelling agreements and suspending recognition of Israel. Thus, if the Israelis went ahead with these Washington-backed plans, then all agreements with Tel Aviv will be ripped up.

So far, the situation is under control regardless of the price the PA might have to pay, it can’t accept the so-called Deal of the Century.

Abbas’ office indicated that the PA was formed to establish a state for the Palestinian people, adding that Israel wants to change this reality. At the same time, Israel insists on carrying out the annexation with the support of Washington.

Israel insists on the annexation plans

Israeli prime minister Benjamin Netanyahu said he is “confident” the US administration will recognize Israeli sovereignty over parts of the occupied West Bank within months.

“President Trump pledged to recognize Israel’s sovereignty over the Jewish communities there and in the Jordan Valley,” Netanyahu said.

The Palestinians have a totally different point of view, said PA foreign minister. The top official said that the Oval Office’s recognition of Jerusalem as the capital of the occupying state and the transfer of the US embassy to it was the green light for the occupation authorities to continue the Judaization of occupied territories.

The ministry indicated that the occupation measures and annexations are illegal.

“This is a flagrant coup against the international terms of reference of the peace process, mainly the principles of land for peace, the two-state solution and the UN resolutions, which were replaced by the US administration’s so-called ‘Deal of the Century’.”