Palestinians take to the streets in support of prisoners 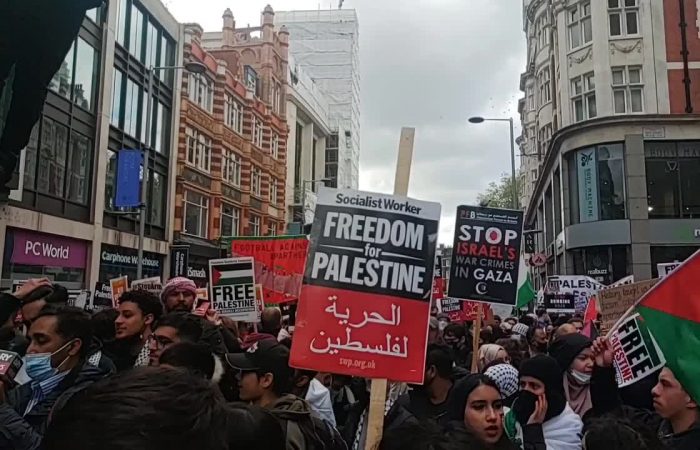 In the West Bank cities of Ramallah and Nablus, crowds of Palestinians showed their support of the prisoners.

The streets of the West Bank, Gaza Strip and Jerusalem were full of protesters on Wednesday. The hundreds of Palestinians were supporting the prisoners who are enduring Israel’s reprisals after six detainees escaped from a high-security facility.

The street protesters raised placards reading: “We will protect the prisoners with our souls. Prisoners are our heroes. Prisoners are not criminals, they are freedom fighters.”

Following the escape of six Palestinian prisoners from Israel’s high-security Gilboa Prison in the north of the country, occupation forces have been cracking down on prisoners inside all prison including moving them from their cells and stopping family visits.

In Gaza, Palestinians promised to protect the prisoners and liberate the freedom fighters.

Iyad Abu Fannouneh, who is a former prisoner who was exiled to Gaza, urged the people not to stop their resistance and promised not to leave the prisoners” alone facing the oppression and arrogance of their jailers”.

Another senior Islamic Jihad leader Daud Shehab has echoed Fannouneh’s words, saying: “The Palestinian people are united behind the prisoners. Their issue enjoys a national consensus.”

The prisoners responded to the Israeli crackdown campaign by burning several tents and cells, MEMO reports.