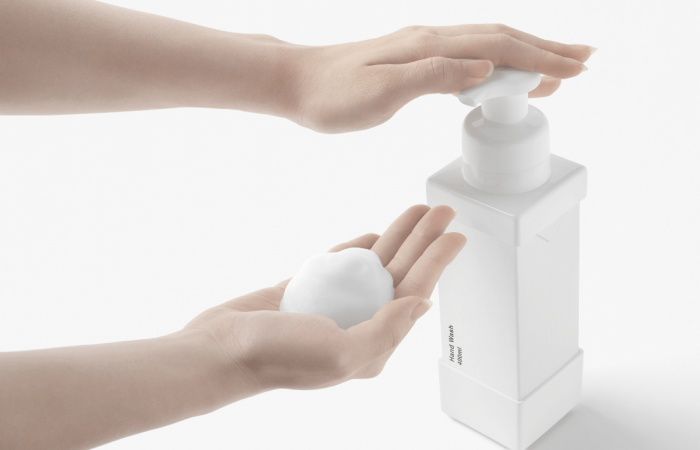 Innovative material, soap-filled paper pouches are made to resemble a milk carton and work with a reusable dispenser pump, prevents any product from going to waste.

The single-use plastic bottles lose their popularity in the world that plans to be carbon-free by 2030. The Japanese design studio Nendo has offered a recyclable soap dispenser made of paper that can be switched out and replaced.

The engineers have designed a soap dispenser called Carton + Pump, which has a paper body that can be switched out once the contents are emptied, Springwise reports.

When starting a new bottle of soap, the user simply has to turn the carton upside down and place it into a cap to stand upright, and on the other side, the sharp end of the dispenser pump pierces through it. The cap on both ends of the dispenser distributes the pressure of the pump, making it less likely for the carton to collapse and preventing it from getting soft and mouldy.