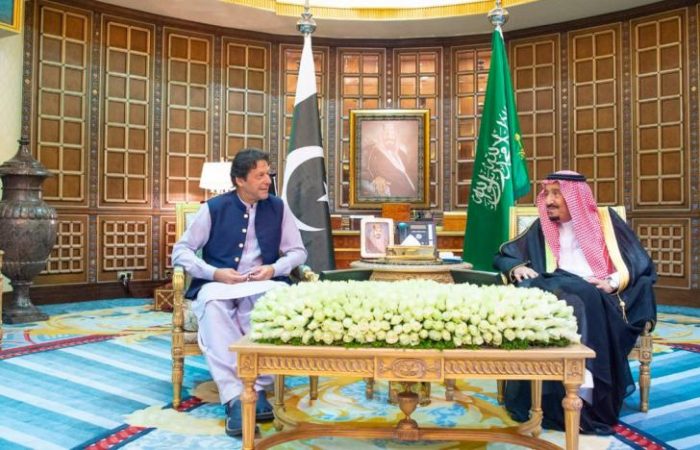 Pakistan prime minister Khan has arrived in Riyadh on Tuesday with short working visit as part of his mediation efforts to defuse tension between Saudi Arabia and Iran, reported the Saudi Press Agency. He was welcomed by the Custodian of the Two Holy Mosques King Salman bin Abdulaziz.

Pakistan’s prime minister and Saudi leaders have focused on regional developments, particularly recent escalations in the Gulf region. During the meeting on Tuesday, Saudi Arabia king reviewed strong ties between the two countries.

The fields of joint cooperation, as well as ways of enhancing them, were the central topic of discussion. For Imran Khan, it is the third visit to the kingdom this year.

The stop in Riyadh followed Khan’s visit to Tehran where he held a press conference after meeting with Hassan Rouhani. Pakistani premier said Islamabad was willing to play a role in promoting peace and stability in the region.

«War between Saudi Arabia and Iran should never happen. The issue is complex but can be resolved through dialogue for which I am here,” he said in Islamabad.

After meeting with the Saudi monarch, Crown Prince Mohammed bin Salman, Deputy Prime Minister and Minister of Defense, met with PM Khan. The officials have shared their points of view on the latest developments in the region and a number of issues of common interest.