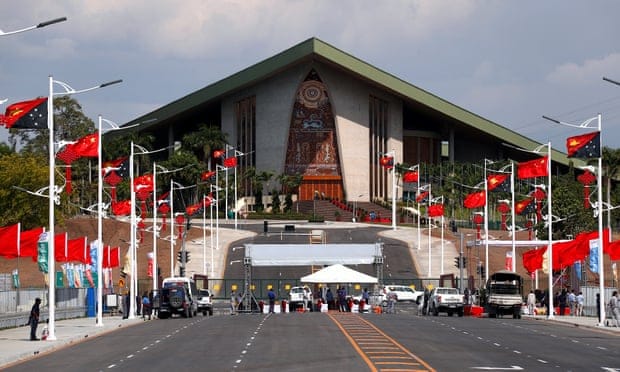 Papua New Guinea officers attacked the parliament in protest against unpaid allowances from the APEC conference over the weekend. As Guardian understood, the government made another big mistake when decided to spend too much money on the conference, including exorbitant infrastructure projects, and the purchase of a fleet of 40 Maseratis and several Bentleys.

Papua New Guinea’s parliament is in lockdown since Tuesday afternoon when the group of police officers attacked the building, smashing vehicles and entryways. The representative of the security forces got no payment after the APEC conference and started so-called ‘Maserati strike’. According to the police spokesman, there was no further information beyond some “disgruntled” police officers and soldiers had attacked the parliament.

“I think it’s a lot of long-standing issues, but the trigger was the non-payment of allowances from APEC. That was the spark that set them off,” he said.

APEC conference became the stumbling block, it wrapped up on the weekend without a joint communique from attending leaders – the first time in its history. But the saddest thing it ended with extraordinary confrontations between Chinese and Papua New Guinea officials.

Prior to starting APEC event, PNG government spent a huge budget on the conference, including exorbitant infrastructure projects, and the purchase of a fleet of Maseratis and Bentleys. Mr Tkatchenko claimed the luxury cars were to drive dignitaries around, and that all would be purchased by the “private sector” resulting in no cost to the government. The unbelievable expenses made angry PNG nationals held two nationwide strikes in protest at the government’s building on Tuesday.

MP Kramer said he and colleagues were told the police commissioner Gary Baki, the police minister and members of police had met this morning to discuss the allowances issue. After the meeting members of the police force travelled to parliament and stormed the building, he said.