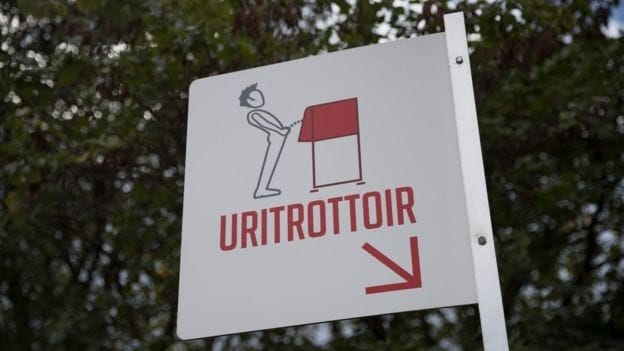 Paris was equipped with so-called ‘urinotrottoir’ last week but such an innovation made the residents of Île Saint-Louis angry, BBC reported. Parisiens demand an immediate removal of bright-red receptacles with no stall.

Onof the good and ecological ideas of the Paris authorities is urinotrottoires, eco-friendly urinal devices, which are filled with straw and designed to be odourless, have left many unconvinced. Furious residents of Île Saint-Louis are calling for the urinals to be removed and are planning to submit a petition. Four red ‘uronoirs’ look totally ugly and worsening the romantic fleur of Paris.

Ariel Weil, the local mayor, insists the devices were necessary, Paris authorities have rolled out four of the urinals in spots where public peeing has been a problem, and a fifth is planned. One red urinal, which has been placed near Notre Dame cathedral and overlooks passing tourist boats, has been singled out for criticism.

Moreover, some have described the urinals as discriminatory — men cannot control themselves from the bladder point of view while women have o find a traditional toilette. Gwendoline Coipeault of French feminist group Femmes Solidaires added,

“The public space must be transformed to cause them minimum discomfort. It’s absurd, no one needs to urinate in the street.”

The designer of the “Uritrottoir” – a combination of the French words for urinal and pavement – said it offered an “eco solution to public peeing”. The device is essentially a box with an opening in the front and a floral display on top containing straw which transforms into compost for use in parks and gardens.