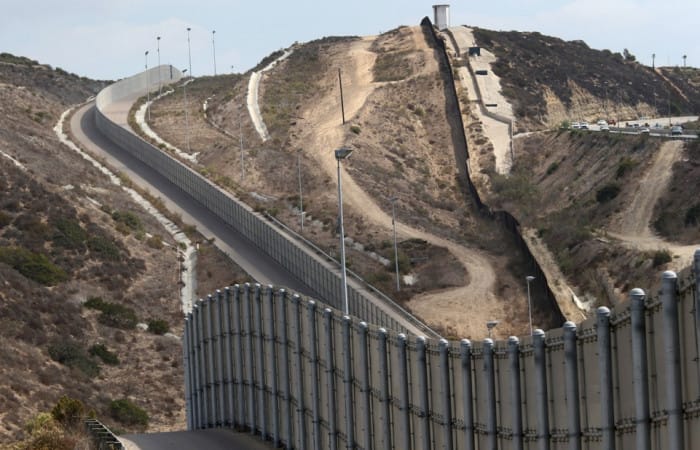 The Pentagon supported Trump’s decision to build the border wall in order to stop criminals from crossing into the US. As BBC understood, the US defence ministry has authorised the transfer of $1bn to army engineers for new wall construction along the US-Mexico border.

Despite Donald Trump’s critics say he has manufactured the US-Mexico border emergency, Pentagon authorized $1bn transfer to realize that project. The funds will be used to build about 91km of fencing.

The US leader insists a physical and evident barrier is needed to stop criminals from crossing the US-Mexico border. According to the White House, the southern border is in crisis and requires the emergency measures to block drug-smuggling corridors across international boundaries of the US in support of counter-narcotic activities of federal law enforcement agencies.

The Department of Defence’s $1b billion transfer allows to construct roads and fences and to install lighting to protect the US-Mexico border from the illegal migrants and drugs. As well the 5m «pedestrian fencing», the Pentagon funds will cover road improvements and new lights.

The acting US Defence Secretary Patrick Shanahan had «authorised the commander of the US Army Corps of Engineers to begin planning and executing up to $1bn in support to the Department of Homeland Security and Customs and Border Patrol», reads the statement of the US Defence Ministry.

Mr Shanahan defended the move by citing a federal law that he said ‘gives the DoD the authority to construct roads and fences and to protect the southern border in a proper way. The DoD statement was released just hours before Patrick Shanahan was due to testify in the US Congress to present the Pentagon’s draft budget.