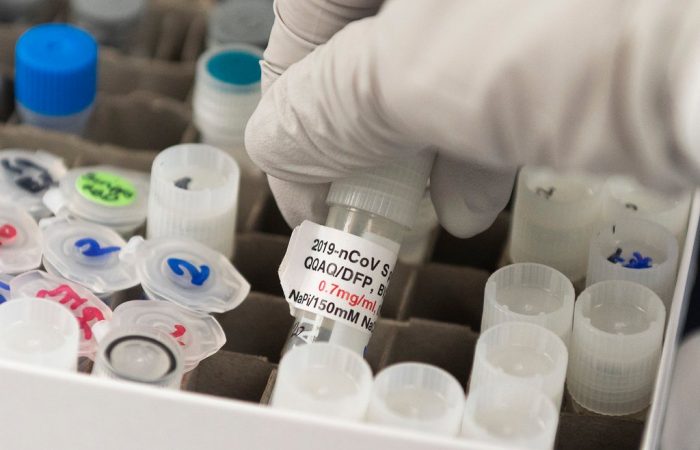 The pharmaceutical giant Pfizer and its German partner BioNTech have announced the upcoming human trials of their anti-coronavirus vaccine. It’s one of several companies on an accelerated timetable to try to find a safe, effective vaccine.

Both Pfizer and BioNTech announced a start of their human trials in the United States on Monday. If the tests on healthy volunteers will be successful, the vaccine could be ready for emergency use here as early as September. The acceleration of R&D and tests are response to the WHO’s call on creating a vaccine.

In their joint researchers, the two firms have concentrated on one fact – the virus typically uses this protein as a key to unlock and take over lung cell. Now, Pfizer and BioNTech are jointly developing a vaccine candidate based on genetic material known as messenger RNA, which carries the instructions for cells to make proteins.

The presented technology also has the advantage of being faster to produce, and tends to be more stable than traditional vaccines, which use weakened virus strains.

While many pharmaceutical firms are doing their best in vaccine’s creation, no drug made with this technology for other viruses has ever reached the global market.

Vaccine human trials started in the US

The vaccine candidate, called BNT162, was created in Germany last month. The experimental shot was given to just 12 healthy adults, although the trial will eventually expand to 200 healthy volunteers.

In the United States, Pfizer and BioNTech plan to test the vaccine on 360 healthy participants for the 1st stage of the study, adding up to 8,000 volunteers by the end of the 2nd stage.

“Vaccines are given to healthy people to keep them healthy, so they have to be very, very safe,” said Dr. Mark Mulligan, an infectious disease specialist at N.Y.U.

Meanwhile, both Pfizer and BioNTech agree they need to think differently and faster. According to Dr Mikael Dolsten, Pfizer’s chief scientific officer: “If we get hit with a second wave of coronavirus infections in October at the same time as the flu, things will be much worse than what we’ve already experienced.”