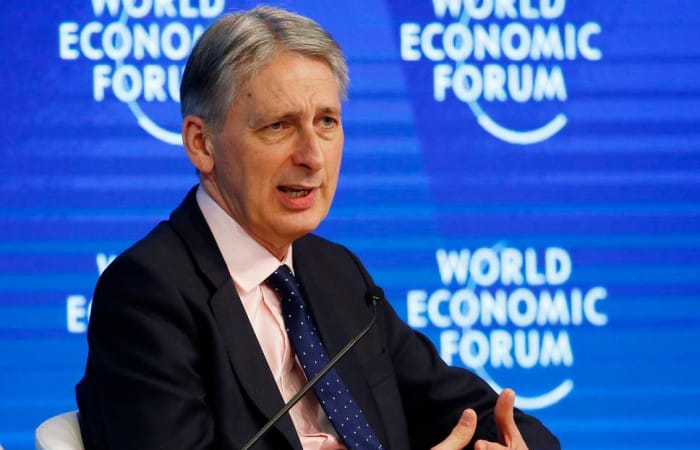 Philip Hammond has cancelled his speech at a lunch for British business leaders at the World Economic Forum in Davos on Thursday, he also will not take part in the key discussion on future of Europe. No-deal Brexit made lives of the EU politician messier, and Hammond’s agenda shorter, FT reported.

Mr Hammond has pulled out of a key panel on the issue of the future of Europe. On Friday, the panel would have exposed not only the UK chancellor but Dutch PM Mark Rutte and Mateusz Morawiecki, Polish PM to searching questions on the Irish backstop, which has long been the big sticking point for parliament in approving Ms May’s withdrawal agreement with EU.

The UK chancellor preferred to cancel his scheduled appearance at WEF on Thursday, and spokesperson for the Treasury explained it with a too tight schedule of the British chancellor. “After stepping in for the prime minister at Davos, the chancellor has committed to more than 20 meetings in 48 hours with a wide range of stakeholders. He has accommodated as many speaking requests as possible in the short time available,” a spokesperson said.

Ireland and the EU insist on it as part of the treaty to guarantee frictionless trade and no border infrastructure on the island of Ireland but, as the UK moves towards a no-deal Brexit, Poland has suggested the EU27 should seek to find a compromise option.